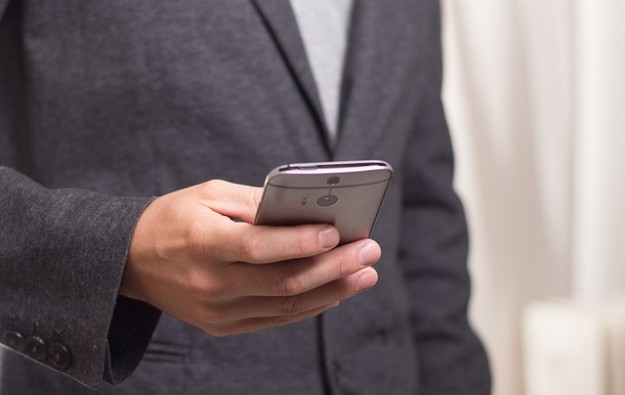 Macau’s Judiciary Police (PJ) arrested seven mainland Chinese men over their alleged involvement in what the police termed illegal betting worth US$1.3 million, by gamblers from China making use of the social messaging service WeChat.  It is thought the suspects arranged for gamblers to place their bets on the results of some actual VIP baccarat games in the city’s casinos. The news was given in a police briefing to the media on Thursday.

According to the PJ, the placing of bets and the confirmation of game results were all communicated via WeChat text.

The inquiry stemmed from a raid on a flat in the Nam Van district of Macau peninsula, following a tip-off it was being used as an unlicensed guesthouse. While on site, PJ officers had suspicions that illegal betting activity was being conducted from the apartment, and confiscated a computer – later analysed as containing “records of betting results” according to the PJ – and several mobile phones.

“According to the evidence we collected, we estimated that this gang had had – on average – at least 40 gamblers that placed bets with them on a daily basis. Through the messenger [WeChat] on mobile phones, they communicated with the gamblers [from China] and for each game gave them about 70 seconds to place the bets,” said Judiciary Police spokesman Tam Weng Keong in the Thursday briefing.

“The suspects were very well-organised in splitting their tasks. Every one had their own position: for instance, the first and the sixth suspect were responsible for handling accounting via the computer, and controlled the wagering of their accomplices in the casino. The second and third suspects were mainly responsible for collecting the bets from the [WeChat] group members,” Mr Tam explained to reporters.

Responding to follow-up questions from GGRAsia, Mr Tam said the suspects were thought to have recruited – prior to arrival in Macau – customers via a WeChat group in mainland China.

“One of their selling points is that the suspects told gamblers the money they wagered was on actual baccarat games in Macau, and they did send two to three members to gamble here [in the casino VIP segment] and report the results of each game immediately via text in their Wechat group,” Mr Tam told GGRAsia.

“Also, they took on a minimum bet at HKD300 [US$38.58], and set no upper limit for the wager,” the police spokesman noted to us. He declined to identify which casino or casinos some of the suspects had used when participating in VIP baccarat games.

“So far, we haven’t found any signs of a collaboration between these suspects and the local junkets,” Mr Tam told GGRAsia.

The seven mainland Chinese arrested were from Zhejiang province, Mr Tam noted in the Thursday briefing. The suspects were believed to have operated the illegal betting activity for at least a month, with the total wager money received being no less than HKD10 million (US$1.29 million).

The suspects were believed to have made their profits by charging player commissions and by making hedging bets over baccarat game results, Mr Tam told GGRAsia. The suspects were thought to have more than HKD1.2 million from their illegal trade, he added.

The PJ noted that the case is still under investigation, adding it believed some suspects were still at large.