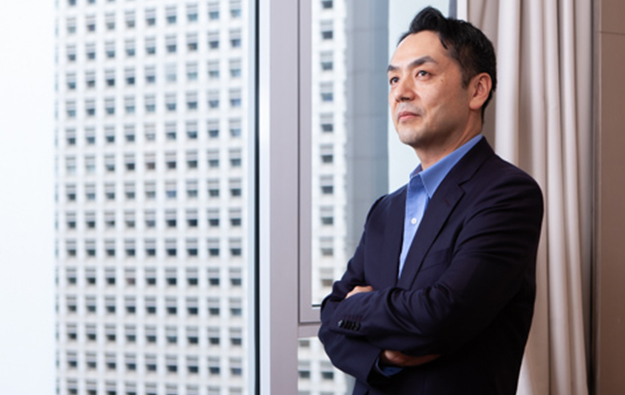 Takahiro Usui (pictured), chairman and chief executive of gaming equipment supplier Aruze Gaming America Inc, and a business associate of the brand’s founder Kazuo Okada, is to resign with effect from June 30 for “personal reasons” according to a press release issued on behalf of the firm.

The document additionally said Hiromi Okada, daughter of Mr Okada, was joining the firm’s board.

The statement was said to be issued also in the name of Aruze Gaming Ltd (Hong Kong).

Mr Usui is fighting – along with Mr Okada – an arrest warrant in the Philippines on three counts of “estafa” – a form of fraud – in relation to funds amounting to US$3 million. Both men deny the allegations. There was no suggestion in the press release that Mr Usui’s departure was linked to that matter.

“The Aruze board of directors collectively would like to thank Takahiro for his incredible efforts and accomplishments while at Aruze and we wish him well in all his future endeavours”, said Rich Pennington, vice chairman of the board of directors, in an prepared statement in the press announcement.

The release – issued on Thursday – said that henceforth, the jobs of chairman and CEO would be split between two people.

The chairman role is to go to Masumi Fujisawa, Aruze Gaming America’s current vice president of product development. He will also be chief technology officer.

“This promotion reflects the company’s belief that success in the gaming industry is driven by distinctive products that outperform those of the competition,” stated Rob Ziems, president and global chief legal officer, secretary, and member of the board of directors, as quoted in the release.

“His continued leadership in the new roles will ensure the company continues to excel in the global gaming marketplace,” added Mr Ziems, regarding Mr Fujisawa.

The CEO job goes to Yugo Kinoshita, the current chief financial officer and chief security officer. Mr Kinoshita – who joined Aruze Gaming America in 2012 as senior vice president of corporate strategy and group chief operating officer – will retain his position on the board.

Prior to joining the group, Mr Kinoshita’s work experience included a stint with Nike Japan.

The two were accused of misappropriation of company funds when Mr Okada was still chairman and chief executive of Tiger Resort, and Mr Usui was chief operating officer.

They were removed from those roles in June 2017. Mr Okada was also removed that month as chairman of Universal Entertainment.

Most of Macau’s casino operators are likely to generate positive free cash flow in the first quarter, given the robust recovery level of mass-market gross gaming revenue (GGR) in January, relative... END_OF_DOCUMENT_TOKEN_TO_BE_REPLACED