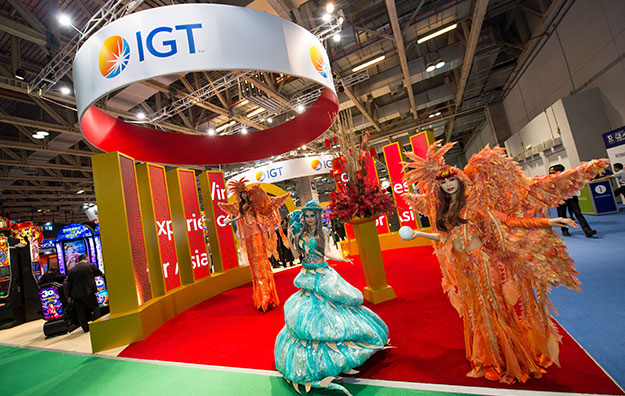 Gaming and lottery services and products provider International Game Technology Plc on Thursday reported unaudited net income of US$233.3 million in the three months to December 31.

The company declared a quarterly cash dividend of US$0.20 per ordinary share, payable on April 6, payable to all shareholders of record as of the close of business on March 23.

Marco Sala, IGT’s chief executive, said on the firm’s earnings conference call that its casino management systems had sold well during the year.

“Our casino central management systems were selected for some of the year’s most high profile new openings, including MGM National Harbor in North America and Wynn Palace in Macau in addition to several other casinos in North America, Latin America and Asia,” stated the CEO.

Mr Sala additionally told analysts on the call to discuss quarterly and full-year earnings: “We have reinforced our number one position in lottery globally and made good progress on our gaming turnaround.”

Though he added on the call that the 2016 performance of the group’s social and interactive gaming products had been “mixed”.

“DoubleDown trends were disappointing in 2016. Daily active users declined with proliferation of competing apps that offered compelling social features and the mobile functionality. We are actively working on improving DoubleDown’s performance, including investment in technology to offer a more engaging player experience, particularly on mobile devices,” stated the CEO.

The group’s net debt – following the leveraged merger with market rival GTech SpA in 2014 – stood at nearly US$7.57 billion at year end, a year-on-year decrease of 2 percent.

IGT’s management was asked on the earnings call if there were opportunities for refinancing or reducing interest costs on its debt.

Alberto Fornaro, IGT’s chief financial officer, said what he termed a “legacy GTech bond” for EUR500 million (US$529.4 million) was due to mature in February 2018.

“At the moment, we have a credit facility that has ample liquidity which is obviously for us a sort of insurance in case the capital market has problems,” said the CFO.

Cameron McKnight, an analyst at brokerage Wells Fargo Securities LLC said in a Thursday note: “We estimate IGT converted 24 percent of its EBITDA to free cash flow (excluding up front lottery payments) in 2016.”