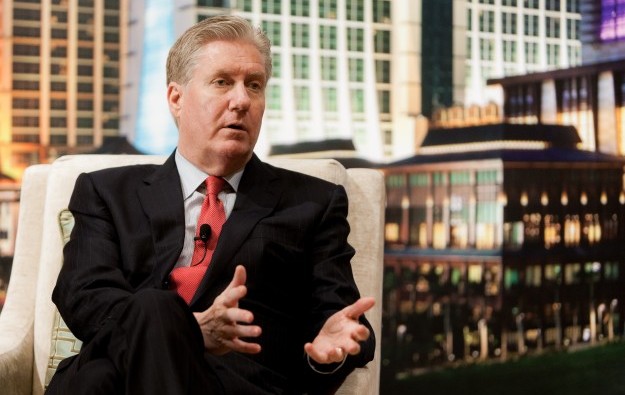 Las Vegas Sands Corp, the first Las Vegas-based operator to open a casino in Macau, had to go through a learning process to understand the unique characteristics of the Asian market, says Sands China Ltd chief executive Edward Tracy (pictured).

Sands Macao was the first casino in the city outside of Stanley Ho Hung Sun’s 40-year monopoly. The casino opened on May 18, 2004 and marked the beginning of Las Vegas Sands’ expansion in the Asian market.

“One of the challenges was in getting to know the unique qualities of the Asian market and of the Asian consumer, and to then create a guest experience for our visitors,” Mr Tracy told GGRAsia. “And I think we’ve succeeded very well on that front.”

Las Vegas Sands, controlled by billionaire Sheldon Adelson, invested US$265 million in the initial phase of its first property in Macau. The company recouped its investment in less than a year.

“I’m amazed at the level of success the company has been able to achieve, starting 10 years ago with Sands Macao,” said Mr Tracy.

“If you look at the benefits that have been created, obviously for our company, but also for society, including job creation and career path creation, obviously a significant amount of revenue for the government for a multitude of social issues and for improving infrastructure, the progress that’s been made in those 10 years still amazes me,” he said.

“Macau has achieved in 10 years what it took other places like Las Vegas, 50 years to achieve.”

Las Vegas Sands net revenues increased 23.7 percent to US$13.77 billion last year. The company generated about 64 percent of its total revenue from operations in Macau in 2013. Sands China reported revenue of US$8.9 billion last year.

“It’s clear from our financial results that Las Vegas Sands’ operations in both Macau and Singapore are critically important to the overall success of the company,” said Mr Tracy.

Mr Tracy says Macau will keep growing in both gaming and non-gaming revenues.

Sands China is building the US$2.7 billion casino-resort Parisian Macao, slated to open in late 2015 or early 2016 in Cotai. It is also expanding Sands Cotai Central with a St. Regis branded hotel and mixed-use tower.

“There is definitely room for growth. Sands China continues to invest money in the marketplace; that’s probably the strongest endorsement that I can point to,” said the company’s CEO.