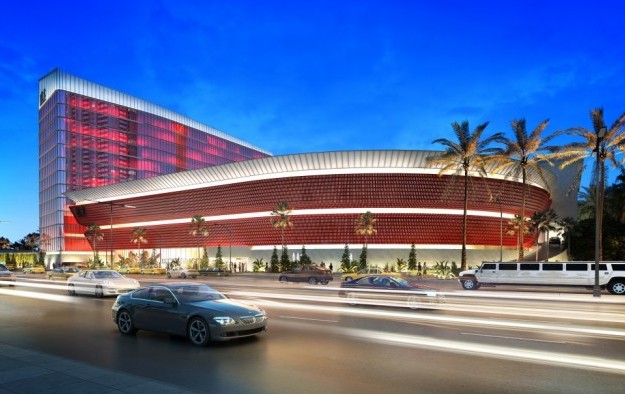 Casino technology supplier International Game Technology Plc (IGT) says it is to provide casino management systems for the Asia-themed Lucky Dragon Hotel and Casino on the Las Vegas Strip in Nevada, in the United States.

A Tuesday announcement from IGT also confirmed the property (pictured in an artist’s rendering) would open on December 3. The venue’s website also mentions that date. The venue explicitly states it is targeting Asian visitors to Las Vegas, and its website is available in Simplified Chinese as well as in English.

IGT additionally said in its Tuesday press release that it would have “the leading floor share” at the new venue; understood to be a reference to its percentage of electronic gaming machines at the property.

IGT is providing its Advantage system to Lucky Dragon. The technology is said to offer marketing, player communication and floor optimisation capabilities. The property will employ six different IGT player bonus applications, including Lucky Chip, which IGT says will – for the first time in a Las Vegas Strip property – make available a progressive bonus for table games.

IGT further stated the casino would be “the first property in North America” to offer IGT rebates and commissions technology to VIP table game players. The management system is to be supported by IGT SystemWatch, which the supplier said provides “remote, around-the-clock system monitoring for performance optimisation and reduced downtime”.

The Las Vegas Review-Journal newspaper said in July that approximately three quarters of the reported 37 table games planned for Lucky Dragon Hotel and Casino would be for baccarat. The news outlet also stated the property would have 300 slot machines.

Casino equipment supplier Sega Sammy Creation Inc said in a Friday release it was debuting its Genesis Crest 43J cabinet in Asia. The product will be available at an in-person trade show, G2E Asia:... END_OF_DOCUMENT_TOKEN_TO_BE_REPLACED