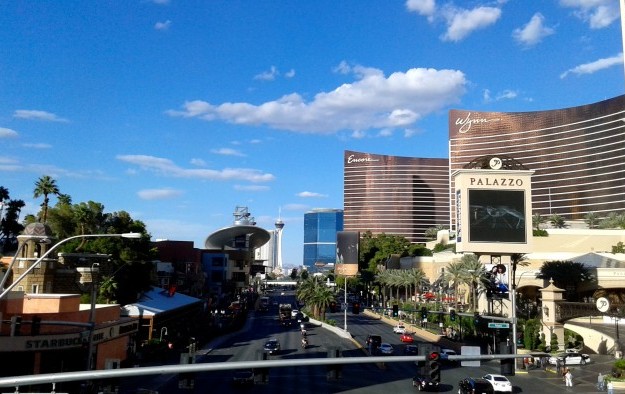 The northern end of the Las Vegas Strip (pictured) is seeing signs of life in two new casino projects that are linked to investors with Asian gaming interests, according to Las Vegas media reports.

A Friday story on Vegasinc.com, an online sister outlet of the Las Vegas Sun newspaper, refers to stirrings at Resorts World Las Vegas, a Chinese-themed scheme from the Malaysian conglomerate Genting on the site of Boyd Gaming Corp’s previously abandoned Echelon project. The new project had a ground breaking ceremony in May. It has been referred to as a US$4-billion scheme.

Vegasinc.com reported that the main outward sign of activity on the 87-acre (35.2-hectare) site was a multi-storey car park that has been topped off.

According to the media outlet, Genting claims to have spent US$50 million on construction and other work since the ground breaking. The company is also said to be working to secure local permits – including ones related to energy, sewer and water systems.

“Resorts World Las Vegas is one of the most cutting-edge and ambitious projects to be undertaken in the Las Vegas Strip in the last decade,” Genting spokesman Michael Levoff said in a statement to the news outlet. “A US$4 billion project will not be built overnight; it requires a rigorous planning and approval process.”

In August the Associated Press reported that a former senior aide of Nevada’s Governor Brian Sandoval had been hired to work for Resorts World Las Vegas.

A note on May 29 from Maybank IB Research in Malaysia, said that the final budget for Resorts World Las Vegas would likely be revised downward. Analysts at Japanese brokerage Nomura, stated in a June note that Genting had decided to “rework its plans” because of a likely long-term global weakness in business from Chinese VIP gamblers.

The Wall Street Journal reported last week that investor Carl Icahn was putting up for sale the unfinished Fontainebleau Las Vegas site also located at the northern end of the Las Vegas Strip.

Mr Icahn is said to have hired CBRE Group Inc, a commercial real estate company, to market the unfinished resort and casino, which was planned as a US$3-billion project by its developer before Mr Icahn bought it out of bankruptcy for about US$150 million in 2010. According to the report, CBRE expects to sell the property for about US$650 million.

Christopher Jones and John DeCree of Union Gaming Research LLC said in a note on Friday that the Fontainebleu was in a “challenged location at the northern bookend of the Strip”. They added: “This – as any property opening at this location – will get little to no natural pedestrian traffic. As a result, the property will need to be a destination resort.”

The imminent return of package tours from mainland China will not only help boost Macau’s tourism businesses, but is also expected to help casinos gain more foot traffic in their mass gaming... END_OF_DOCUMENT_TOKEN_TO_BE_REPLACED