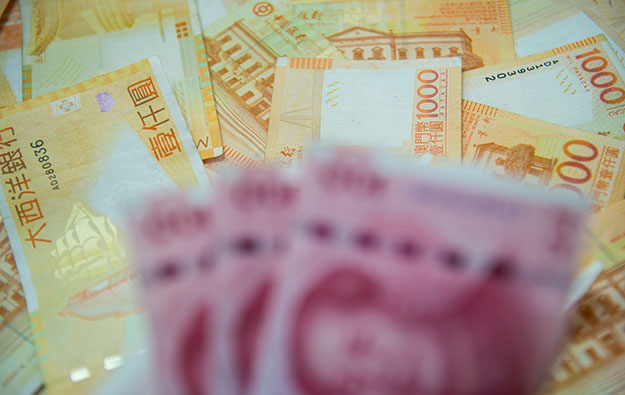 Economic activity across the Asia-Pacific region “continues to weaken on softening global demand and uncertainty associated with the escalation of the United States-China trade war,” says a third-quarter economic summary issued on Tuesday by Fitch Ratings Inc.

Among the regional jurisdictions that have a casino industry, Singapore and South Korea have seen an “especially pronounced” slowdown in general economic activity, linked to their exposure to the electronics sector and the “global tech cycle and the trade dispute”, said the ratings agency.

Nonetheless Fitch currently gives both jurisdictions a stable outlook for their respective long-term foreign-currency issuer default rating (IDR) and long-term local-currency IDR. Singapore’s are put at “AAA” in both cases, while South Korea’s are “AA-”.

For China, the main feeder market of consumers for Macau’s casino industry, Fitch has “A+” stable ratings for both categories of borrowing, based on the institution’s most recent review in early December.

The ratings house said “activity indicators” supported its view that China’s economic growth will fall below 6.0 percent in 2020, having slowed to 6.2 percent in second-quarter 2019, down from 6.4 percent in the first quarter.

“The peak impact of recent U.S. tariff actions on the remaining batch of Chinese exports to the U.S. should be most visible in fourth-quarter 2019 and early 2020,” suggested Fitch.

Macau was the only Fitch-rated “sovereign” – in the sense of debt issuance – in the region without any outstanding government debt, noted the organisation.

The city’s IDR ratings with corresponding stable outlooks – last reviewed in mid-December – are set only at “AA” despite the local government’s “prudent expenditure management” that had permitted the accumulation of large fiscal reserves that Fitch estimated as equivalent to 136 percent of the city’s gross domestic product (GDP) in 2018.

Fitch noted in its updated review that the city’s ratings were “constrained by Macau’s high GDP volatility, concentration on the gaming sector and tourism from mainland China, and its susceptibility to changes in China’s broader policy environment”.

Notwithstanding Macau’s gaming sector experiencing a “mild slowdown” – its casino gross gaming revenue (GGR) tally for the first eight months of 2019 stood at MOP198.22 billion (US$24.5 billion), down 1.9 percent from the prior-year period – Fitch said for “the time being” it was sticking to its forecast Macau would have a 2019 budget surplus equal to 9.6 percent of GDP.

Fitch said that “political sensitivities” faced by Macau included diversification of the local economy to “sectors less reliant on gaming and China”.

Fitch this month downgraded the sovereign debt outlook for Hong Kong, Macau’s neighbouring Chinese Special Administrative Region, to “AA” with a negative outlook, from “AA+” stable, because of the ongoing anti-government protests there. The institution said Hong Kong’s rating was its “only negative outlook” assessment for the region.

Hong Kong supplies some of Macau’s tourists, and has also been for many years a stop for tourists from mainland China that also make a trip to Macau.

Fitch noted regarding Hong Kong: “Ongoing events risk undermining international perceptions of the quality and effectiveness of Hong Kong’s governance system and rule of law, and the stability and dynamism of its business environment.”

In the Philippines, a jurisdiction with a casino sector growing in terms of venues and last year in GGR – and frequently catering to Chinese players – Fitch noted in its third-quarter summary that the country’s “BBB” rating “balances a net external creditor position and relatively high growth rates compared with rating category peers, against lower per-capita income”.

The ratings house said that while the Philippines was one of the region’s fastest-growing economies, it expected “weaker global growth and escalating U.S.-China trade tensions to prevent a stronger pickup” of the local economy in 2020 and 2021, and for “growth to remain around 6.3 percent”. Fitch last did a review of the Philippines’ IDR status in May.

Philippine gaming investor Leisure and Resorts World Corp reported a net loss of nearly PHP222.4 million (US$4.2 million) in the first three months of 2022, up from PHP125.6 million a year earlier.... END_OF_DOCUMENT_TOKEN_TO_BE_REPLACED