Ask what a casino does for your tourist spot: academic 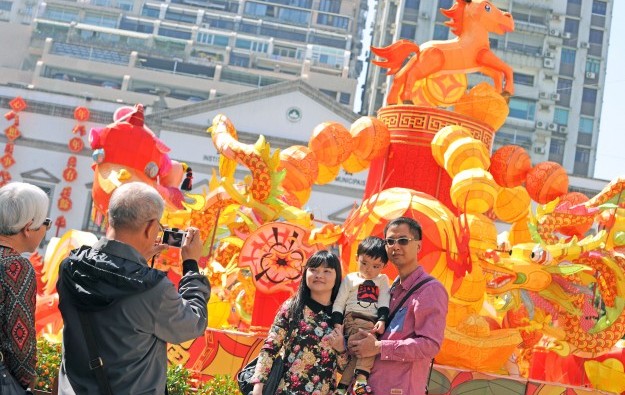 The debate for and against casinos in Asia is “narrowly embedded” in social and economic arguments, and there may be a need for a “broader holistic approach on the implications on overall tourism management and development,” says a research paper from a Macau-based academic.

The paper, titled “Play the cards, roll the dice – the integration of casinos within Asian tourism destination development strategy”, is by Glenn McCartney, assistant professor of hospitality and gaming at the University of Macau. It appears in the University of Nevada, Las Vegas, Gaming Research and Review Journal.

A desire to raise fresh taxes and a wish to increase inbound tourism generally are commonly heard arguments among the casino ‘fors’. The city-state of Singapore set out very clear economic criteria when it first proposed casino resorts there.

The Singapore government’s rationale for allowing the launch in 2010 of two casinos was to increase annual tourism to 17 million arrivals, compared to the 10.1 million recorded in 2008. It also said at the time that it wanted to double annual receipts from tourism to SGD30 billion (US$22.1 billion) by 2015, compared to the SGD15.2 billion achieved in 2008.

A total of approximately 8.17 million tourists visited Singapore in the first six months of 2016, up by 12.5 percent year-on-year, according to data from the Singapore Tourism Board (STB) released in late August.

The strong pickup in tourist numbers has been driven by arrivals of Chinese visitors, up by 55.2 percent from the prior-year period. It is a customer segment that has recovered strongly since mid-2015, after earlier declines.

But many Asian casino jurisdictions are also chasing Chinese players, sometimes without necessarily thinking very hard about what else the destination can offer such visitors, suggested Mr McCartney.

“Casinos have been a significant catalyst to tourism arrivals and receipts in Macau, Singapore, South Korea and Philippines. At the core of this growth has been Chinese visitation,” noted the scholar.

He alluded to the risk that if the casino industry appears too predatory toward gamblers or toward nationals of a particular country, it risks a backlash; possibly in the form of policy levers. In August 2015 it was reported that authorities on the Chinese mainland had clamped down on marketing agents working for some South Korean casinos and targeting Chinese gamblers.

“Responsible tourism behaviour is increasingly needed to safeguard any possible fallout from overreliance on a single source market and a lack of incentive to push for less profitable non-gaming tourism offerings,” the academic added.

Singapore chose to try and protect its own citizens and permanent residents from the risk of problem gambling by introducing an entry levy for locals.

Japan has been creeping forward with a plan to legalise and regulate so-called “integrated resorts” (IRs) and has also mentioned a possible casino entry fee for locals. Japan’s IR policy has its roots as a cross-party initiative by some of the nation’s lawmakers. They believe these casino resorts would complement the domestic economic stimulus policies being pursued by Japan’s Prime Minister Shinzo Abe, by boosting inbound tourism, creating jobs and generating taxes.

“As casino development and expansion increase in Asia, the issue of providing a more thorough and consistent approach to the cost-benefit calculation will be needed. Politicians, developers, and associations look for figures to justify or disagree on casino development, as seen in Japan and Taiwan,” noted Mr McCartney.

“It is often the lack of clarity of what authorities wish the casino entertainment industry to deliver on in terms of economic and destination development that can lead to negative outcomes,” suggested the scholar.

Referring to a 2015 discussion paper on the casino industry called “Casinos and the City” by Andrew Klebanow and Steve Gallaway of Global Market Advisors LLC, Mr McCartney stated: “Klebanow and Gallaway explain that should governments fail to provide a clear vision for gaming development, the casino will be built in the most efficient way possible [for the operator] with inevitable disappointment from the outcomes by authorities.”

The Macau government recently said – in a five-year development plan for the city – that it wanted to see non-gaming at the city’s casino resorts account on average for at least 9 percent of all resort revenue by 2020; from what the government estimates was 6.6 percent in 2014.

Mr McCartney’s research paper stated, referring to Asian markets in general: “To ensure that tourism diversifies beyond gaming, the challenge will be on elevating the importance of other tourism products and services. The debate should go beyond casino short-term gains through tax and massive concession fee structures but rather the longer term planning of the casino’s role in destination branding, community education and training, infrastructure and destination resources needed.”

Paradise Co Ltd, an operator of foreigner-only casinos in South Korea, reported casino revenue of nearly KRW48.65 billion (US$39.8 million) for January 2023, according to a Thursday filing to the... END_OF_DOCUMENT_TOKEN_TO_BE_REPLACED