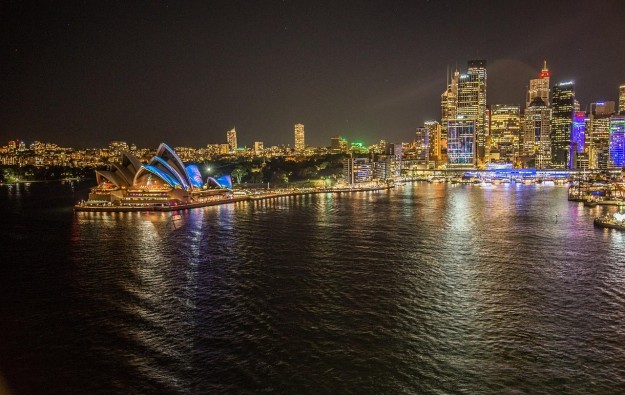 IBISWorld says the expected opening of three new casino resorts in Australia over the next five years and increased high roller spending will fuel the growth.

“IBISWorld believes the opening of these new casinos is reflective of strength in an industry being bolstered by high levels of domestic spending as well as increasing levels of foreign gambling dollars,” the firm said, quoted by AAP news agency.

The last new casino to launch in Australia – as opposed to a reopening after major refurbishment of an existing property – was in 1996, when the Reef Hotel Casino began operations in Cairns, Queensland. But Australia’s Crown Resorts Ltd is building a new AUD1.3 billion casino-hotel in the city of Sydney, New South Wales (pictured). There are also two Chinese-backed projects planned for Queensland, namely the AUD8.2 billion Aquis Great Barrier Reef Resort and an AUD7.5-billion project on the Gold Coast.

The Philippines is one example. Local authorities have earmarked an area dubbed as Entertainment City in the capital Manila as a casino zone meant to emulate the success of Macau’s Cotai district. Two of four integrated resorts planned for the area have already opened – Solaire Resort and Casino and City of Dreams Manila. The former was developed and is operated by local firm Bloomberry Resorts Corp and the latter is operated by Melco Crown (Philippines) Resorts Corp, a subsidiary of Macau-based Melco Crown Entertainment Ltd, in which Australia’s Crown Resorts is one of two controlling shareholders.

The Philippine gaming industry reported revenue of US$2.5 billion last year, according to Cristino Naguiat, the head of state-run Philippine Amusement and Gaming Corp (Pagcor). UBS Securities Asia Ltd forecasts the Philippines’ annual gaming revenue to grow above US$4 billion by 2017.

The Singapore casino market could face another “quiet” Chinese New Year due to the suspension of the city-state’s vaccinated travel lane programme in response to the highly-infectious Omicron... END_OF_DOCUMENT_TOKEN_TO_BE_REPLACED