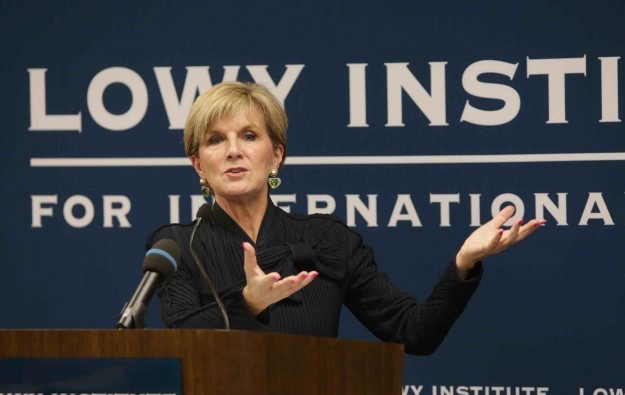 According to the Associated Press, Ms Bishop also stated that Australian consular officials had visited Mr O’Connor and another Australian – whose name was not made public – in Shanghai for the first time on Tuesday.

Ms Bishop was also reported to have indicated the two Australians were in good health but that they did not know when or if they would be charged.

The report said a third Australian being held is also a citizen of China and might have been travelling on his Chinese passport.

Chinese officials had earlier stated the Australians had been held in connection with “gambling crimes”.

Australian media outlets had reported that – were those detained to be accused and found guilty of soliciting Chinese high rollers to gamble in overseas casinos – they could each face a jail sentence of up to 10 years.

A note on Monday from brokerage Daiwa Securities Group Inc said there were suggestions the detentions had followed raids across “several Chinese cities”, including Beijing, Shanghai and Chengdu.

“The grounds for the arrests may be for unauthorised collection and movement of funds from [mainland] China to Australia, as well as advertising pertaining to gaming,” said analysts Jamie Soo, Adrian Chan and Jennifer Wu.

They added: “We note that though advertising activities pertaining to gaming and the collection of gaming debts in [mainland] China are illegal, these are quiet yet established practices carried out as part of the marketing functions in [mainland] China. Over the weekend, our ground checks indicate large-scale staff departures from Crown Resorts and other Australian casino operators involved in carrying out similar activities in [mainland] China. There also appears to be a contagion effect being felt in Macau with some notable staff departures of key personnel performing similar roles being repatriated.”

Crown Resorts, whose major shareholder is entrepreneur James Packer, is due to hold its annual general meeting in Perth, Western Australia, on Thursday.

The imminent return of package tours from mainland China will not only help boost Macau’s tourism businesses, but is also expected to help casinos gain more foot traffic in their mass gaming... END_OF_DOCUMENT_TOKEN_TO_BE_REPLACED