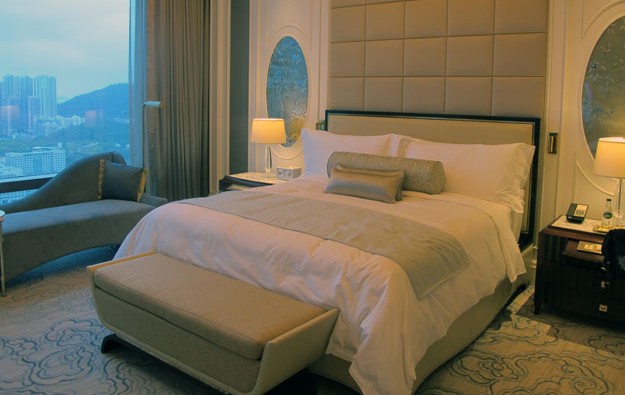 The average occupancy rate of hotels in Macau fell by 50.4 percentage points year-on-year during the autumn Golden Week holiday period this year, to 43.6 percent, according to the Macao Government Tourism Office.

Five-star hotels had an occupancy rate of 43.2 percent, down 52.0 percentage points year-on-year. But that type or hotel saw the smallest year-on-year slippage in daily rate: 26.9 percent, to an average of MOP1,634 per night.

Occupancy at three-star venues was 51.9 percent, a contraction of 42.8 percentage points. Their prices were down 32.2 percent, at MOP821.60, a higher average nightly rate than the four-star establishments

Guest houses had 23.9 percent occupancy, a year-on-year decline of 51.7 percentage points. Nightly prices at those venues slipped 65.7 percent, to MOP240.3.

The tourism bureau said its enforcement patrols during autumn Golden Week had not detected any cases of local real estate being used as unlicensed accommodation.

In addition, between October 1 and 8, MGTO conducted 22 inspections at major ports of entry and tourist attractions. “During inspections, no sign of irregularities was discovered,” it stated.

The overall tally of visitors to Macau in the same period stood at to 156,300, versus 974,337 a year earlier, the tourism bureau had reported on Friday.

The bureau calculated the annual year-on-year difference as 86 percent based on average daily visitor arrivals, to account for 2020 autumn Golden Week having an extra day for the lunar-based Mid-autumn Festival, compared to the 2019 holiday season.

TCS John Huxley Ltd, an equipment provider to the bricks and mortar casino industry, says it has launched to market a money wheel game “designed specifically for the iGaming sector”. “Mega Tilt... END_OF_DOCUMENT_TOKEN_TO_BE_REPLACED