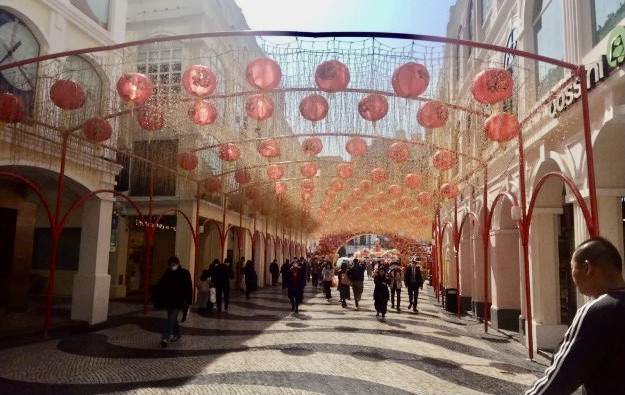 The average occupancy rate of hotels and guesthouses in Macau declined by 4.6 percentage points year-on-year to 48.3 percent during the week-long Chinese New Year (CNY) break. Room rates across all hotel tiers also fell during the holiday period, according to data published on Friday by the Macao Government Tourism Office (MGTO).

The average room rate of all hotels and guesthouses in Macau was MOP1,175.3 (US$147.2) during the holiday period, down a 42.1 percent when compared to the prior-year period. Macau currently has in aggregate 41,886 guest rooms in operation, showed the data from MGTO.

The data is judged against the previous Chinese New Year period, from January 24 to January 30, 2020, just before the onset that February, of the Covid-19 pandemic that saw a slump in Macau’s tourist traffic.

China’s State Council designated February 11 to 17 inclusive, as the Chinese New Year holiday period for 2021. The number of visitor arrivals to Macau during the holiday period fell by 65.3 percent year-on-year, to 90,615, according to official data released on Thursday.

Five-star hotels had an occupancy rate of 50.6 percent during the Chinese New Year break, down 4.7 percentage points year-on-year. But that type or hotel saw the smallest year-on-year slippage in daily rate: 38.7 percent, to an average of MOP1,444.8 per night.

The city’s four-star hotels were the only tier of accommodation that saw a year-on-year improvement in occupancy rate during the week-long holiday period. According to MGTO’s data, the average occupancy rate of four-star hotels was 49.8 percent, up 1.5 percentage points from the prior-year break. But the rates for that type of hotel halved in year-on-year terms, to MOP734.0.