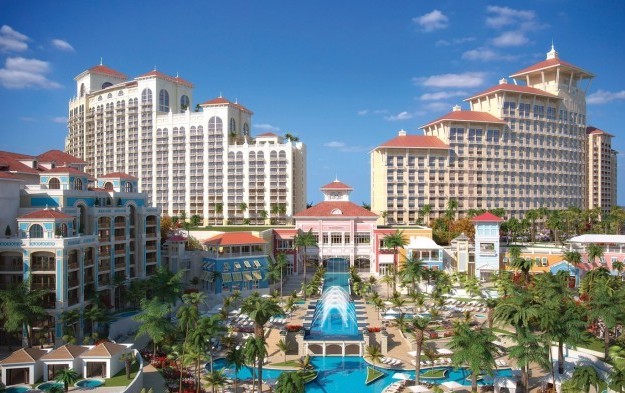 The Baha Mar resort in the Bahamas has been handed over to CTF Holdings Ltd, described in a media report as a unit of privately-held Hong Kong conglomerate Chow Tai Fook Enterprises Ltd.

According to the Bahama Journal newspaper, CTF Holdings will operate the hotel portion of the property. The resort (pictured in a rendering) does not yet have its casino licence, according to the report. The media outlet did not specify what entity would operate gaming at the property.

The Caribbean nation’s Prime Minister, Perry Christie, attended a handover ceremony at the property on Tuesday, and affirmed April 21 as the date for the soft opening of the first phase. The report did not clarify whether gaming operations would start on that date.

The report said there would be a hotel branded Grand Hyatt Baha Mar at the site. Chow Tai Fook Enterprises – also known as CTFE – had previously said that it was in discussions with SLS Hotels and that it intended to bring its own subsidiary, Rosewood Hotel Group, as a luxury hotel operator at Baha Mar.

Wednesday’s newspaper report added that – following the receipt of a temporary certificate of occupancy from the government, indicating safety checks had been passed – final touches were being made to some guest rooms and suites. The resort will also open 20 food and beverage outlets.

The Journal stated that a second phase of the property – with the branding SLS Baha Mar – was scheduled to open in the autumn of 2017, with a third and final phase with another branding due to launch in the spring of 2018.

CTFE – an investor in casino resorts in Macau, Australia and Vietnam – confirmed in December that it had signed an agreement to own and operate Baha Mar, a stalled casino resort project in the Caribbean archipelago.

The country’s government had played a role in brokering a deal to ensure the completion of the project.

The original developer of Baha Mar – Baha Mar Ltd, led by businessman Sarkis Izmirlian – filed for Chapter 11 bankruptcy protection in a Delaware court in the United States on June 29, 2015 claiming it faced debts of US$2.7 billion.

Some Macau casinos visited by GGRAsia on Thursday, actually had tables that were closed, notwithstanding strong consumer demand during Chinese New Year (CNY). The reasons for some tables being... END_OF_DOCUMENT_TOKEN_TO_BE_REPLACED