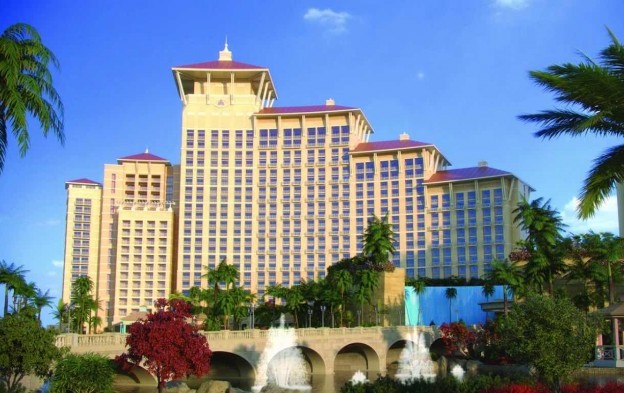 The newly-sworn government in the Bahamas says it is still reviewing the sale of the Baha Mar casino resort (pictured) to privately-held Hong Kong conglomerate Chow Tai Fook Enterprises Ltd (CTFE). The move had been approved by the previous government, that had been led by Perry Christie as prime minister.

BMD Holdings Ltd, headed by businessman Sarkis Izmirlian, has called for a moratorium “on the completion of any sale of Baha Mar,” under the agreements signed by the previous government; the China Export-Import Bank, Baha Mar’s secured creditor; and China State Construction, the project’s main contractor.

The current Bahamian government’s press secretary, Anthony Newbold, told local reporters on Wednesday that there is no official response to BMD Holdings’ request for a moratorium on the sale of Baha Mar. Mr Newbold stated that the sale of the casino resort scheme was a “very complicated situation”, which had not yet been completed as it was still under review by the government.

“There has been no official reaction to the suggestion [from BMD Holdings] because the contracts and the entire situation is still being evaluated,” Mr Newbold was quoted as saying by the Bahamas Tribune.

Some facilities at the Baha Mar, including the casino, opened for a “preview” period in late April.