Bally’s eyes Fukuoka, hopeful of new round of IR bids 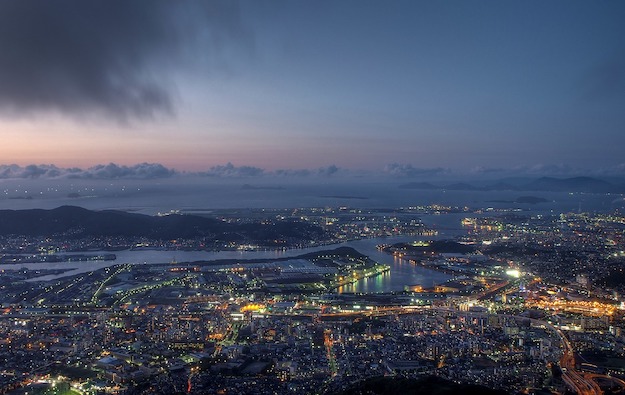 United States-based casino operator Bally’s Corp announced on Wednesday its intention to develop an integrated resort (IR) in the Japanese city of Fukuoka (pictured), on the northern shore of Kyushu Island. That was despite neither the city nor the prefecture having made any statement about planning to host a casino resort.

Fukuoka is Japan’s sixth largest city, and Kyushu is the country’s third-largest island. It has a population of about 13 million people and reportedly accounts for approximately 10 percent of the nation’s economic output. Earlier this month, the mayor of Fukuoka city reportedly said he was not interested in hosting an IR in the metropolis.

Christopher Jewett, vice president of corporate development, said at Wednesday’s press conference that Fukuoka “has tremendous potential as a host community for an integrated resort.”

“The project can raise the stature of this historic region into a true international destination in keeping with its long and rich heritage,” Mr Jewett added.

Bally’s executives said the group planned to develop a JPY480 billion (US$3.9 billion) project, having as its preferred site the Uminonakamichi Seaside Park. According to presentation materials shown at the briefing, the complex would feature 2,000 hotel rooms, and a casino with 15,000 square metres (161,459 sq feet).

April 28 is the closing date for local governments to submit pitches to the national government for the right to host a casino resort. Up to three will be allowed nationally, under the existing liberalisation programme. Currently, Nagasaki, Wakayama and Osaka are likely to submit a respective application for a casino resort.

Fukuoka city and prefecture have not declared their intention of being a host location for one of Japan’s first casino resorts. Business groups in Kyushu and other local governments are already backing an IR bid for Nagasaki, south of Fukuoka city.

In the briefing, Bally’s Mr Jewett said the gaming operator was aware that the existing national process to select integrated resort candidates will conclude at the end of April. “There’s the possibility that after the national government assesses the initial round of proposals, that it will choose to reopen the bidding process,” said the executive.

“If this happens, Fukuoka has the potential to position itself as a strong candidate for selection,” he added. “It is clear however that no proposal is possible without the strong support of the many constituents in the community.”

Macau is to create distinct zones on its casino floors and designated gambling chips that will be solely for the use of players from overseas. The moves will be part of a new gaming tax system to... END_OF_DOCUMENT_TOKEN_TO_BE_REPLACED