Barring locals in Japan a non-starter for FDI: analyst 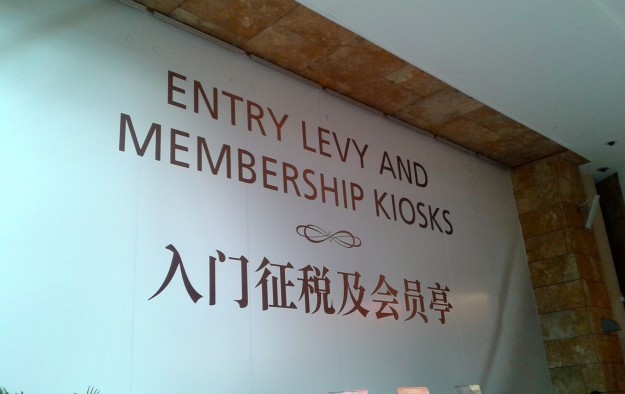 Making Japanese casinos for foreigners-only would likely be a “non-starter” for overseas casino investors, suggested a note from Union Gaming Research Macau Ltd on Wednesday.

Previously Japanese lawmakers have talked of a more moderate policy involving an entry levy for Japanese players – along the lines of what they refer to as the ‘Singapore model’ of casino regulation (pictured).

Union Gaming said in its note: “A foreigners-only concept in Japan would be similar to the current South Korean regulatory framework, and, in our view, would be a non-starter in terms of attracting major international IR [integrated resort] developers willing to deploy significant amounts of capital.”

Many analysts think the South Korean market could be much bigger than US$2.7 billion if local players were allowed. They cite the strong performance of Kangwon Land, that country’s only casino open to locals, located a twisting 150 kilometres (93 miles) road trip away from Seoul in Kangwon province.

In Japan, capital expenditure of as much as US$10 billion per casino resort has been mentioned by foreign casino companies, including MGM Resorts International and Las Vegas Sands Corp, as they and others vie for the attention of Japanese lawmakers and administrators.

Were locals to be excluded from the Japan market, then it might make it extremely difficult if not impossible for investors to make annual returns on capital anywhere near the figure of 20 percent – a number mentioned previously by Las Vegas Sands chairman Sheldon Adelson as his benchmark for overseas investment.

According to media reports from Japan, on Tuesday the chairman of a bipartisan grouping of lawmakers set up to handle the IR Promotion bill (the first of two IR bills) suggested it might be watered down to make such resorts for foreigners-only.

This was said to be in order to gain the support of two minority parties. They are the centre-right Komeito (which in September changed its English name from New Komeito, and is supported by Japan’s influential Buddhist social movement Soka Gakkai) and the centrist Democratic Party of Japan.

Several speakers at a seminar on Japan held at the Global Gaming Expo (G2E) 2014 in Las Vegas last week, suggested local players were likely to be important to the earnings of any casinos in Japan.

“I think the gaming customers are going to come from Japan, from [South] Korea, from China and elsewhere in Asia. Proximity is going to make a big difference,” said Alan Feldman, executive vice president, global government and industry affairs for MGM Resorts.

A person in Japan familiar with the parliamentary process surrounding the IR Bill, told GGRAsia on Wednesday: “Because of the discussion about whether to allow locals, it seems that if the first bill is passed in the current [autumn] session of parliament, it would only be at the last minute.”

The current parliamentary session started on September 29, and will end on November 30.

A key reason for the reported urgency in pushing through the legislation is a previously stated desire by the Japanese authorities to have casino resorts – initially possibly one each in Tokyo and Osaka – open in time for the Summer Olympic Games in Tokyo in 2020.

Japan received approximately 10.4 million inbound tourists last year according to the Japan National Tourism Organization. The country is aiming to double that number within the next decade.

“…we think the [Tokyo] Olympics can help a lot to facilitate a welcome and an ease of use environment for visitors from other countries,” Mr Feldman told the G2E session last week.

The imminent return of package tours from mainland China will not only help boost Macau’s tourism businesses, but is also expected to help casinos gain more foot traffic in their mass gaming... END_OF_DOCUMENT_TOKEN_TO_BE_REPLACED