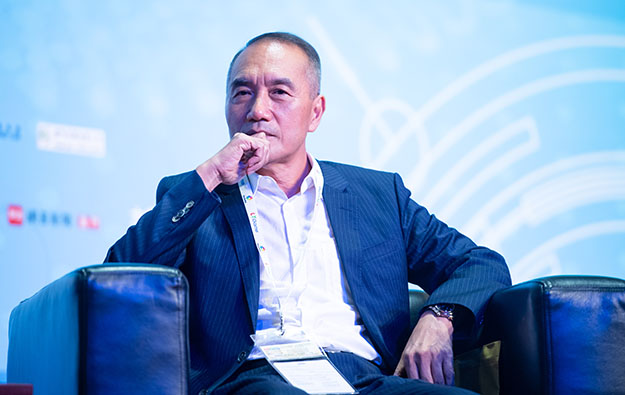 Macau urgently needs to see the resumption of mainland China exit visas for trips to the casino hub, for people in parts of the country presenting “relatively lower” risk of further spreading the novel coronavirus. That is according to Kwok Chi Chung (pictured in a file photo), president of the Macau Association of Gaming and Entertainment Promoters, in comments to GGRAsia in response to our enquiry.

He told us such a suggestion had been put by his group to Macau’s casino regulator, the Gaming Inspection and Coordination Bureau during a meeting last week.

“Almost every day there are new changes,” relating to travel rules and other factors, and “just as with every other sector, the junket industry is facing a lot of difficulties,” Mr Kwok remarked to us.

In late January the mainland authorities reportedly stopped issuing any new exit visas under the individual visit scheme (IVS) as part of the country’s effort to limit the spread of the novel coronavirus. The IVS system is a common method during normal trading times for independent, relatively well-heeled Chinese travellers from the richer provinces and cities to visit Macau, according to industry analysts. The number of places in China covered by the IVS system currently stands at 49.

Last week Guangdong, the mainland province next door to Macau – and which typically supplies a significant portion of the casino hub’s tourists – announced a 14-day quarantine would be required for anyone – including Guangdong residents – that wished to enter the province from either Macau or Hong Kong.

Patron flow to the city’s VIP gaming rooms, had already been “very slow” in recent weeks – even before Guangdong’s announcement – while the junket firms’ operating costs had been mounting, Mr Kwok noted.

“The [junket] sector has already been trying its best to answer to the Macau government call not to impose lay-offs,” he said.

“But some smaller junket firms that are more financially challenged will likely close,” Mr Kwok remarked to us.

He added: “…for the bigger ones, I also don’t rule out the possibility that they will scale down the number of their operating rooms in the city.”

Macau’s total number of licensed junkets fell from 100 in January 2019 to 95 at the start of this year, marking the seventh consecutive year of decline in the tally of such entities according to data from Gaming Inspection and Coordination Bureau.

In the course of the first two months of 2020, the city’s Labour Affairs Bureau – also known by its Portuguese-language acronym DSAL – received one complaint involving three local employees, about alleged termination of employment by a junket firm, the bureau noted to GGRAsia in an email.

DSAL declined to name the junket employer or to say when the complaint was filed, but explained that it related to “advance notice” and “remuneration” topics in regard to the complainants’ labour-contract termination. The bureau also noted to us that it was investigating if the complaint involved any violation of local labour law.