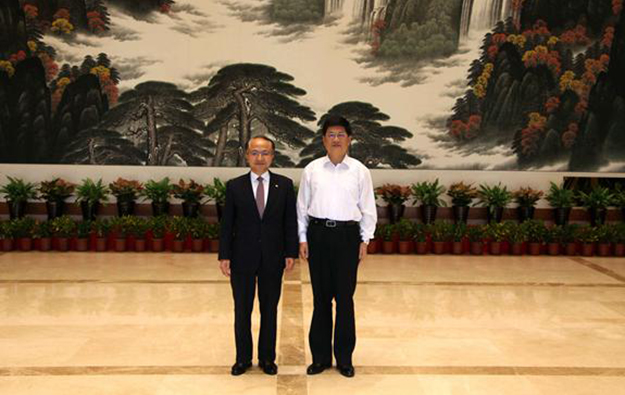 China’s State Council announced on Friday the appointment of Zheng Xiaosong (pictured, right) as the new director of the Central People’s Government Liaison Office in Macau.

The 58-year-old official’s past experience includes posts at provincial government-level in mainland China and an extensive tenure in the country’s finance ministry.

The liaison office is the official contact point between the central government in Beijing and the government of the Macau special administrative region.

Prior to his appointment to Macau, Mr Zheng’s was as vice minister of the International Department of the Central Committee of the Communist Party of China. He also served for almost three years as vice-governor of Fujian province, according to media reports.

A Macau court was offered evidence on Monday, including of recordings from police-wiretapped telephone conversation, that the prosecution says proves the direct involvement of Levo Chan Weng Lin... END_OF_DOCUMENT_TOKEN_TO_BE_REPLACED