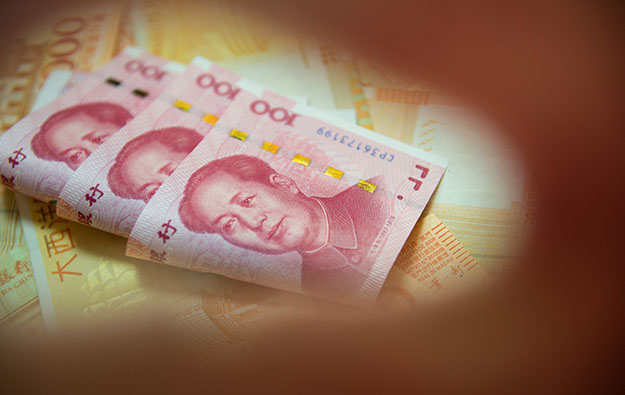 It is still too early to assess the effect on Macau’s casino industry of a new round of rules on foreign currency transactions announced by the mainland China government late last month, said brokerage Sanford C. Bernstein Ltd in a note issued on Friday.

It added that, for now, the new rules seemed not to have had a negative impact on Macau’s gaming market, particularly on the city’s junket operators.

“The devil is in the details and enforcement,” analysts Vitaly Umansky, Eunice Lee and Kelsey Zhu wrote. “It’s unclear as of yet what (if anything) the government will target.”

The Sanford Bernstein team added: “The junket conversations we have had so far are that there has been some ‘chatter’ around these new pronouncements, but this seems more like talk and nothing more at this stage. From our sources, there has been no meaningful disruption in money flows in the channels – i.e. ‘business as usual’.”

The Chinese central authorities issued on January 31 a judicial interpretation of laws regulating some types of foreign currency transactions. Such pronouncement took effect on February 1.

They added: “A strict reading of the rules implies almost all avenues of money movement outside of banks is restricted. But the reality is that this was largely the case already. For example, it has always been technically illegal to have pools of capital that match sellers and buyers of renminbi – the backbone of underground banks.”

Fitch Ratings Inc said in a report earlier this week that it expected China’s shadow financing – which includes underground banks – to decline for a second year consecutive year in 2019. The ratings agency said such decline would however take place more gradually than in 2018, as the Chinese authorities “balance reining in excessive leverage and supporting economic growth”.

“The regulatory crackdown on shadow banking should, if maintained, support the long-term stability of the financial system and reduce risks for asset managers, but is likely to continue to create funding challenges across the economy in the near term, particularly for private-sector enterprises,” said Fitch Ratings.

The Sanford Bernstein team stated in its Friday note that the new rules gave “law enforcement more tools to work with in targeting activity that was already largely operating outside the bounds of what is allowed”.

The analysts added: “In the end, enforcement will be the key to what happens. It is too early to say at this stage what the impact on Macau may be. If the rules are all strictly enforced and the scope of government action against all forms of money movement is deep and broad, the impact would be severe”.

The brokerage mentioned in its note that “smaller junkets and agents” were those more likely to be impacted by the new rules. “The view from the large junkets is they are broad enough with numerous channels where creative mechanisms are always in play.”

The brokerage also highlighted that a “severe clampdown” on currency transactions between mainland China and Macau could “be a perverse incentive to shift to more under-the-table betting which would negatively impact VIP gross gaming revenue” in Macau.

“Another impact could be further consolidation among the junket entities to create larger more diversified capital bases,” the Sanford Bernstein added.

The brokerage noted that enforcement against illegal money transactions between mainland China and Macau had been on-going for years already. “In what is a porous capital control environment, there are always new methods devised to get around the rules,” its analysts noted.

According to Macau police reports, illegally modified handheld UnionPay terminals, also known as point of sale (POS) units, are often used to evade the normal currency export rules from mainland China. The devices are typically tampered with in such a way that the UnionPay network identifies them as being registered and operated in mainland China, where transaction fees charged by the China UnionPay system are much lower than in Macau.

A number of investment analysts have commented that purchase – and instant return in exchange for a cash refund – of high-value goods at jewellers and pawnshops in the city, is another route for mainland Chinese gamblers to skirt strict controls on export from the mainland of Chinese currency.

The Monetary Authority of Macao has been introducing tighter, real-time monitoring systems for payments and cash withdrawals made using UnionPay bank cards in Macau. That includes the use of automated teller machines (ATMs) with the ability to perform facial recognition scans.

Since January 2018 mainland Chinese have been restricted to an annual CNY100,000 (US$14,757) limit per person for cash withdrawals when using overseas ATMs. In the past, China’s regulatory definition of “overseas” transactions has included ones performed in Macau.

Macau mass-market casino gross gaming revenue (GGR) for the recent Chinese New Year (CNY) holidays could have recovered to at least 60 percent of that for the 2019 break, when the festivities were in... END_OF_DOCUMENT_TOKEN_TO_BE_REPLACED