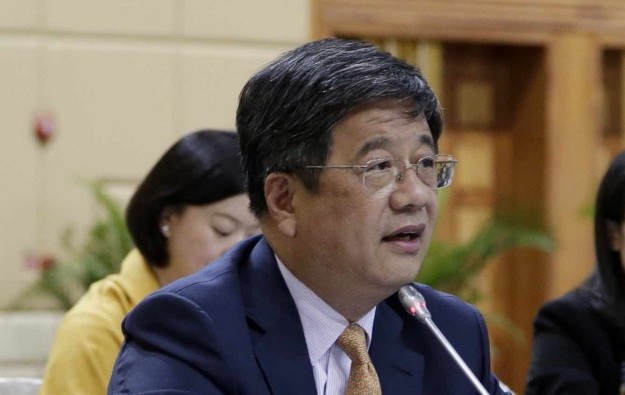 The most senior Chinese mainland official in Macau charged with witnessing the implementation of the ‘One country, two systems’ policy and the local efforts at economic diversification has died reportedly after a fall on Saturday from a residential building in the city.

Zheng Xiaosong (pictured), aged 59, head of the Central People’s Government Liaison Office in Macau since last year, had been suffering from depression, according to a statement issued by the Hong Kong and Macau Affairs Office, a department of the central government, based in Beijing.

Prior to his posting to Macau, Mr Zheng was a vice minister of the International Department of the Central Committee of the Communist Party of China. He also served for almost three years as vice-governor of Fujian province, according to media reports.

The liaison office is the official contact point between the central government in Beijing and the government of the Macau special administrative region.

His death comes only days before reportedly President Xi Jinping was due to visit Zhuhai next door to Macau, in order to open the Hong Kong-Zhuhai-Macau Bridge on Tuesday.

Fernando Chui Sai On, Macau’s Chief Executive, expressed his condolences at Mr Zheng’s demise, on behalf of the Macau government.

Sit Chong Meng, director of Macau’s Judiciary Police, declined on the sidelines of a public occasion on Sunday to say whether that department was investigating Mr Zheng’s death.