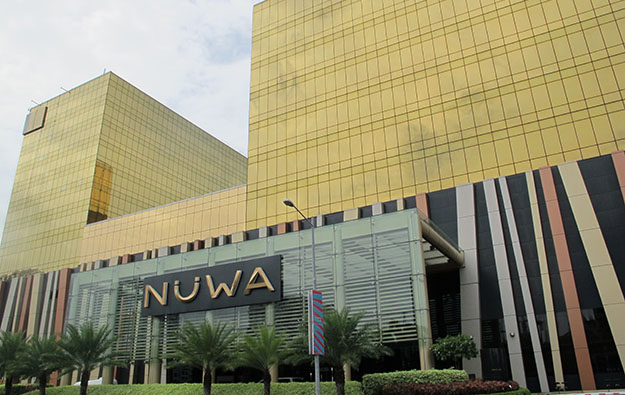 Net profit at Philippine conglomerate Belle Corp declined by 16.8 percent in the third quarter, to PHP595.0 million (US$11.1 million) from nearly PHP715.6 million in the prior-year period, the firm said in a filing to the Philippine Stock Exchange on Friday.

Belle Corp is entitled – via its 78.7 percent-owned subsidiary Premium Leisure Corp – to “a share of gaming revenues or earnings” at City of Dreams Manila (pictured), a Manila casino resort operated by a unit of Melco Resorts and Entertainment Ltd.

Belle Corp’s gaming revenue declined by 6.8 percent year-on-year in the three months to September 30, to approximately PHP648.2 million, compared to just below PHP695.4 million in the prior-year quarter, said the company.

For the January to September period, Belle Corp realised PHP1.79 billion in EBITDA from its real estate businesses, an 7.8 percent year-on-year increase. “A significant portion of this real estate-related EBITDA (PHP1.54 billion) was derived from Belle Corp’s lease of the land and buildings comprising City of Dreams Manila” to Melco Resorts, Belle Corp stated.

Philippine media reported in April that Belle Corp had made a proposal for expansion of City of Dreams Manila to Melco Resorts. A similar plan had been mentioned a year earlier.

Belle Corp owns approximately one hectare (100,000 squre metres) of undeveloped land across from the City of Dreams Manila site.

In May this year, Melco Resorts said it was in “preliminary discussions” that could lead to Belle Corp – via Premium Leisure Corp – taking an equity stake in locally-listed Melco Resorts and Entertainment (Philippines) Corp, the local Melco Resorts operating unit. No further information on those discussions has been released.

Melco Resorts is currently scheduled to launch this week a tender offer to acquire the shares that it does not already own in Melco Resorts Philippines, even though it has dropped plans to delist the entity from the Manila bourse.

Package tours from mainland China to Macau will resume from Monday, February 6, confirmed Macau’s Secretary for Economy and Finance, Lei Wai Nong, in a Friday press conference. The return of... END_OF_DOCUMENT_TOKEN_TO_BE_REPLACED