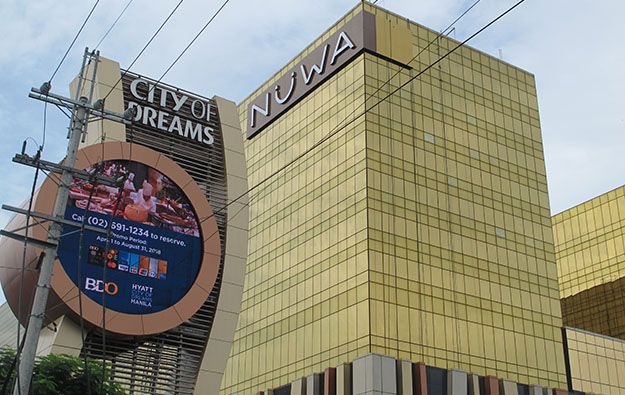 Belle Corp’s share of gaming revenues from the City of Dreams (CoD) Manila casino resort (pictured) fell into the red in the second quarter, the firm said in a Thursday filing to the Philippine Stock Exchange.

It coincided with gaming operations at City of Dreams Manila – a venue managed by a unit of Melco Resorts and Entertainment Ltd – being shuttered for the entire reporting period, as part of national government measures to contain Covid-19.

Belle Corp’s gaming revenue share from City of Dreams Manila was negative by PHP197.1 million (US$4 million) for the three months to June, compared to a positive figure of nearly PHP1.16 billion in the prior-year quarter.

The group’s second-quarter net income also slipped into negative territory. It reported a loss attributable to shareholders of nearly PHP238.5 million, compared to a profit of just under PHP1.06 billion in the prior-year quarter.

Decreases in group revenues and profits were “primarily from Covid-19 -related developments,” said the firm in a press release accompanying the results.

“The effects of the pandemic began with declining tourist arrivals prior to the implementation of the community quarantines nationwide and was compounded by the temporary suspension of gaming operations at City of Dreams Manila on March 16, 2020, in compliance with government initiatives to contain the virus,” the release added.

All casino operations in the Metro Manila area, including at Okada Manila, Resorts World Manila, and Solaire Resort and Casino – as well as City of Dreams Manila – have been closed since mid-March.

Quarantine measures in the Metro Manila area were relaxed somewhat starting in mid-May, when a so-called general community quarantine was instituted. The timespan of that protocol has been extended on a number of occasions, most recently to July 31.

The number of Covid-19 infections recorded in the Philippines has continued to rise, particularly in the Metro Manila region.

Information carried on the website of the Philippine Department of Health indicated that the aggregate number of Covid-19 cases in the nation reached 85,486 as of Wednesday. A total of 1,874 new cases had been reported as of that day.

Since the start of the pandemic, a total of 1,962 Covid-19-related deaths has been reported in the Philippines.

China has moved one step closer towards reopening, by relaxing some its Covid-19 control measures, with most infected people now able to quarantine at home rather than in state-sanctioned... END_OF_DOCUMENT_TOKEN_TO_BE_REPLACED