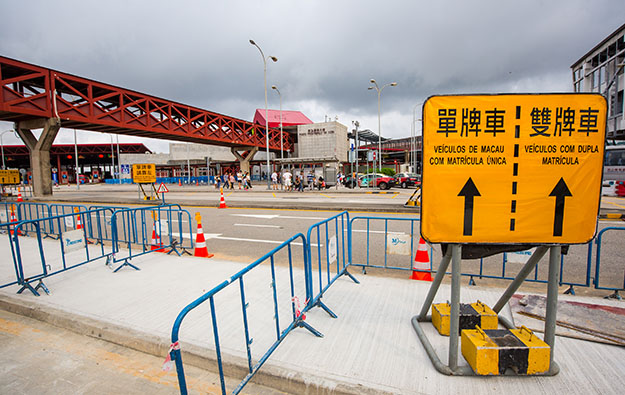 Sanford C. Bernstein LLC says it expects further development of the mainland Chinese island of Hengqin to help build Macau’s long-term potential. In a note issued on Wednesday, the brokerage says Hengqin has developed considerably since it became part of the Guangdong Free Trade Zone in 2015, and its analysts predict further growth and increased visitation.

The idea is that the attractions of Macau, where casino gaming is permitted, and the non-gaming attractions of Hengqin, will complement each other, drawing visitors to both places, to the benefit of the economies of both.

Hengqin is a 100-square kilometre (41.1 sq miles) island that is administratively part of mainland China. Hengqin is next door to Macau. A highway and bridge joins the island to Macau’s Cotai district.

The note said there were 75 major development projects in Hengqin underway last year, which generated CNY28.7 billion (US$4.28 billion) in investments during the year.

The Chinese cabinet, the State Council, urged the authorities in the city of Zhuhai, of which Hengqin forms a part, to get on with developing the island as recently as Monday.

“Galaxy [Galaxy Entertainment Group Ltd] has rights to a large swath of land on the southwestern corner of Hengqin to be developed as a non-gaming resort in the future.”

“We expect that number to grow significantly after the Guangzhou-Zhuhai intercity railway is opened on Hengqin later this year,” the note suggested. “The Guangzhou-Zhuhai intercity railway will also provide further connectivity between Hengqin and Zhuhai Airport by about 2021, which will allow Zhuhai Airport passengers to arrive in Macau in less than 15 minutes.”

The Sanford Bernstein note said the Hong Kong-Zhuhai-Macau Bridge, a road bridge across the Pearl River estuary, has become the primary and most affordable way into Macau for day trippers since it opened last October.

The stockbroker stated that about 2.1 million visitors had entered Macau by the bridge by February, or 12 percent of all visitors since October.

“A significant number of visitors using the bridge are lower-end tourists (and often not gaming customers), which [sic] do not contribute much to gaming revenues. However, it is also possible to fly into Hong Kong airport and drive through Macau in a private car that has dual licence (albeit at a more expensive price),” the Sanford Bernstein analysts wrote.

The Macau government has said the bridge has increased the number of visitors to the city, but investment analysts have suggested that the increase has not necessarily meant more money for the casinos in the city. That is because many of the visitors that use the bridge belong to tour parties on cheap tours, and tend to gamble less than other visitors.

Arrivals to Macau in February rose by 15.5 percent year-on-year according to data from the Statistics and Census Service. The visitor tally was about 3.55 million, compared to about 3.07 million in February 2018.

With the combination of Hengqin’s development and ease of access provided by the new bridge, the brokerage has forecast 8 percent compound annual growth rate in gross gaming revenue (GGR) from 2018 to 2023. Mass-market GGR is expected to grow by about 11 percent annually in the same period.

For that to eventuate, many industry figures have called for an evolution in how Macau operates in relation to mainland China.

“We encourage the idea that Hengqin implement a borderless entry between Macau and the island, so that all visitors to Macau can also access the amenities that Hengqin has to offer, and then freely return to Macau,” Galaxy Entertainment Group’s deputy chairman Francis Lui Yiu Tung said in 2017.