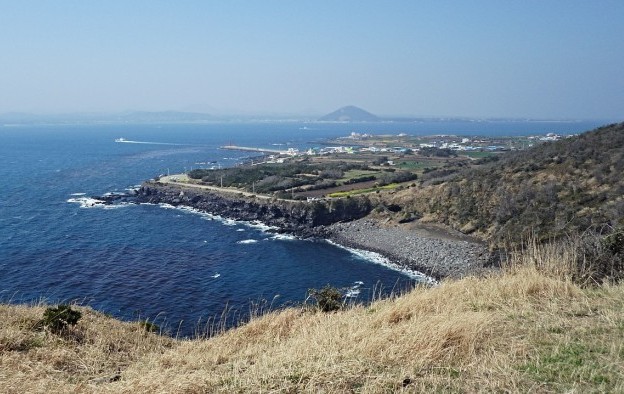 A deal announced on Monday could lead to the development of one of the largest foreigners-only casino resorts seen so far on Jeju Island (pictured), in South Korea.

Union Gaming Securities Asia Ltd noted the project would have the tallest hotel tower in Jeju “by a significant margin” and could contain as many as 1,600 hotel rooms, 200 table games, 400 slot machines and electronic table games, and various non-gaming amenities.

“There are currently eight operating casinos in Jeju, all of which are quite small, with an average of just 41 tables and 23 slots at each,” said a report from Grant Govertsen of Union Gaming.

“It is important to point out that Jeju is a self-governing province and Dream Tower is completely unrelated to the ongoing RFP [request for proposal] process being held in mainland Korea for up to two new IR licences,” stated Mr Govertsen.

South Korea currently has 17 casinos, but only one of them – Kangwon Land on the Korea peninsula – is open to local players.

“We believe Dream Tower represents the second large-scale foreigners-only IR to receive construction approval from the [Jeju] government (with the first being Resorts World Jeju),” said Union Gaming. The institution was referring to a venture between Genting Singapore Plc and mainland China real estate developer Landing International Development Ltd, to build a US$1.8-billion casino resort on Jeju Island. A ground breaking ceremony for that project was held in February.

“The [Dream Tower] project is anticipated to open in 2H18; we note that Resorts World Jeju is expected to open (in phases) beginning in 2017,” said Mr Govertsen.

Union Gaming had said in February that new entrants to the market could put older Jeju casinos at risk, and that it was likely the Jeju authorities would be happy with a “low-single-digit number of high quality” casino resorts.

In Monday’s note, Union Gaming estimated casino gross gaming revenue (GGR) in Jeju could “reach US$2 billion over time, up from approximately US$200 million today”.

But the institution added: “We should, however, acknowledge that current GGR trends in Korea are trending just as badly (if not worse) as Macau. We believe that there are two primary reasons for this: 1) China’s ongoing anti-corruption drive, and 2) short-term negative impact that Middle East Respiratory Syndrome (MERS) had on tourism.” The latter is a reference to a public health emergency in South Korea during the summer.

Jeju has become a popular holiday destination for mainland Chinese tourists, as they are allowed visa-free entry for up to 30 days if they fly or sail there directly. A report in the Korea Times newspaper on Tuesday quoted the Korea Tourism Organization saying approximately 210,000 Chinese tourists were expected to visit the whole of Korea during China’s Golden Week holiday.

The number of Chinese tourists to the country has increased from 2.2 million in 2011 to 6.1 million in 2014. A total of 3.2 million had visited as of July this year, according to official data quoted by the newspaper.

But the newspaper said – citing a recent survey by the Korea Culture and Tourism Institute – that the satisfaction level of Chinese visitors to South Korea ranked only 14th among 16 surveyed countries. Poor quality accommodation, rudeness of shop staff and practices such as compulsory shopping tours were cited as reasons why complaints to the Korea Tourism Organization by Chinese tourists had risen by nearly 200 percent since 2012.

SOFTSWISS Jackpot Aggregator is cooperating with Curaçao-licensed Spinago to launch the latter’s worldwide jackpot campaign for the online gaming sector. The information was given by SOFTSWISS, a... END_OF_DOCUMENT_TOKEN_TO_BE_REPLACED