Bill aims to include Philippines casinos in AML law 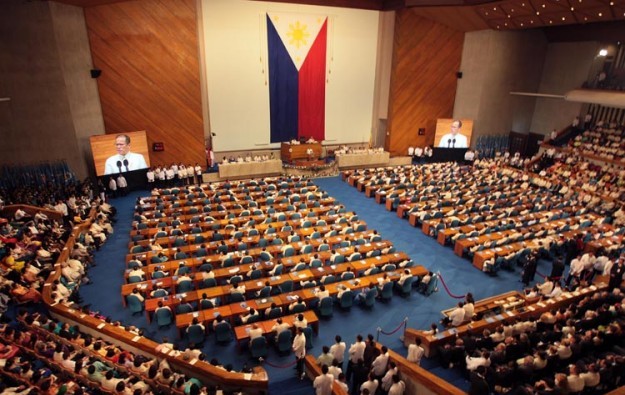 A Philippines lawmaker has filed with the country’s House of Representatives a bill that would add casinos to the list of bodies covered by that nation’s Anti-Money Laundering Act. That is according to a press release issued on Tuesday by the body, the lower house of the Congress of the Philippines (pictured).

According to the statement, the move was aimed at “reinforcing President Rodrigo Duterte’s anti-corruption drive in all levels of government, including money laundering”.

Mr Duterte, the country’s new president, was sworn in on June 30, and has pledged a general crackdown on crime. He has additionally signalled plans to curb online gambling in the country.

Mr Belmonte, until recently the speaker of the House of Representatives, was quoted in the press release as saying: “We cannot afford a repeat of the 2016 Bangladesh Bank heist which saw US$81 million stolen from the bank’s account that entered the Philippine banking system and made its way to local casinos and junket operators before being transferred overseas.”

According to House press release, the bill would require casinos to report to the country’s Anti-Money Laundering Council (AMLC) what were referred to as “covered” – as well as suspicious – transactions. The bill is also said to provide for stricter customer identification requirements and record keeping systems, and prohibits casinos from engaging in any transaction involving the conversion of money from one form to another without being used for gambling.

According to testimony – attributed by local media to the AMLC and given at a Philippines Senate hearing in March – of the US$81 million in stolen funds, US$63 million allegedly found its way collectively into the Midas Hotel and Casino in Manila, a property majority-owned by Leisure and Resorts World Corp; and Solaire Resort and Casino in Entertainment City, Manila, a property developed and operated by Bloomberry Resorts Corp. There the money mostly vanished in exchange for gaming chips, it was said during the hearings.

As long ago as 2013, a global body responsible for bolstering the fight against worldwide money laundering warned the Philippines government there was an “outstanding deficiency” in that state’s rules on anti-money laundering and combatting the financing of terrorism in relation to casinos.

In February that year the Paris-based Financial Action Task Force (FATF) mentioned specifically the risks associated with the exemption of casinos from the country’s Anti-Money Laundering Act. In 2012 the Philippines had avoided being put back on the FATF’s so-called “grey list” of jurisdictions considered at risk of exposure to money laundering, after the country’s leaders gave a commitment to tightening loopholes in anti-money laundering rules. Since then however, the loophole concerning casinos had not been fixed.

The exclusion of casinos from anti-money laundering obligations specifically under the country’s Anti-Money Laundering Act was at the request of some lawmakers – who feared it would deter investment in the casino sector – and of the country’s gaming regulator, the Philippine Amusement and Gaming Corp (Pagcor), Senator Teofisto Guingona said in February 2013.

Mr Duterte’s administration recently named Andrea Domingo, a former head of the Philippines’ Bureau of Immigration, as the new head of Pagcor.

More than 500 people are still inside the Grand Lisboa casino hotel after the complex was locked down on Tuesday by the local authorities, said an official during a Wednesday afternoon briefing on... END_OF_DOCUMENT_TOKEN_TO_BE_REPLACED