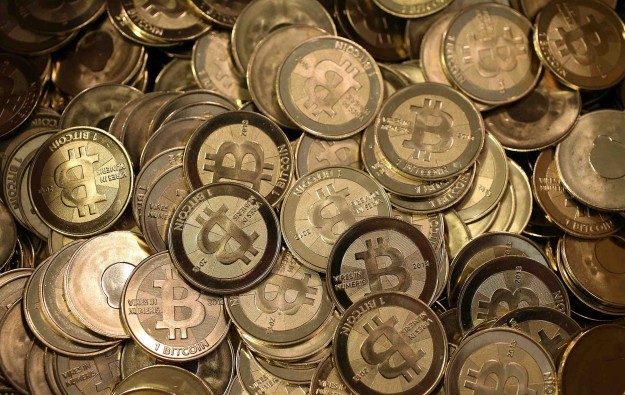 The first of several bitcoin exchange kiosks planned for Macau by a Hong Kong company, opened in a jewellery shop at Sands Macao casino hotel lobby on Friday, an associated firm has confirmed to GGRAsia.

But by Monday afternoon the machine had been moved to another location by installation engineers, according to site checks by GGRAsia. We approached Sands China Ltd the operator of Sands Macao, and Macau’s financial regulator the Monetary Authority of Macau for comment on the kiosk’s installation, but none was immediately available from either party at the time our story went online.

The company involved in the installation – Coinnect, based at Hong Kong’s Cyberport – had planned to set up three more kiosks in Macau in July according to bitcoin industry online news site newsbtc.com.

When GGRAsia contacted Coinnect on Monday prior to news of the Sands Macao kiosk being moved, a Patrick Lam, who described himself as the company strategist, said the retail side of the operation was being handled by another company he referred to as ‘Bitcoinnect’. He added he could not confirm the location of the other planned installations.

“We are the agent,” he told us. “The installation is being handled by someone else.”

The bitcoin system can work as a way of facilitating cross-border money movement, including from mainland China to Macau, bitcoin industry sources confirmed to GGRAsia. People can buy the digital currency in mainland China, and then sell the currency back to the bitcoin vendors for cash dispensed via the kiosks once outside the PRC’s borders.

GGRAsia asked Mr Lam about reports on newsbtc.com that the machines can dispense up to 6,800 notes each time. Industry insiders said that for the time being the machine only provides patacas. The highest denomination in patacas note in circulation is worth MOP$1,000 (US$125).

Mr Lam told us: “It’s up to the operator of the kiosk what denominations and what transactions are configured.”

The Monetary Authority of Macau said last week that bitcoins are neither legal tender in Macau nor a financial instrument subject to the authority’s supervision.

Casinos in Macau are required to report to the Gaming Inspection and Coordination Bureau all high value transactions via the casino cage or gaming table worth more than MOP500,000 (US$62,615).

Chinese-language news site sina.com.hk reported that biometric security – via fingerprint recognition and facial photography – was due to be installed on the bitcoin machine at Sands Macao to record the identity of the person making the transaction, but was not presently on it.

Patrick Lam of Coinnect told GGRAsia: “As far as I know, the kiosk has the capability for biometric security, but you would need to speak to the shop concerned about the details of what they have in place.”

The news of the bitcoin kiosk installation at a shop at Sands Macao comes at a time investors are expecting some kind of tightening of Macau government controls regarding the use of unregistered China UnionPay Ltd card reading machines in Macau. Mainland visitors are only allowed to take a daily limit of RMB20,000 (US$3,211) out of mainland China in cash.