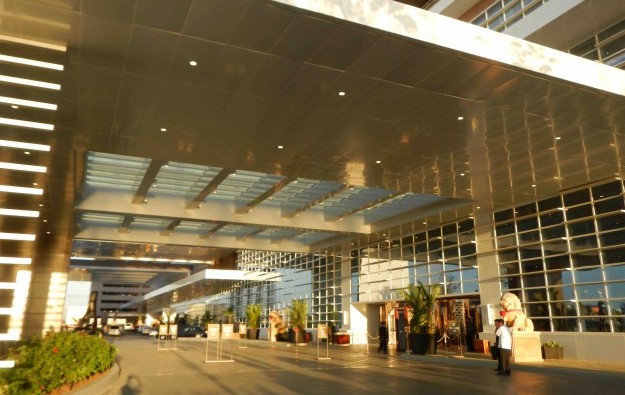 Quarterly consolidated net revenue at Bloomberry Resorts Corp rose 9.1 percent sequentially, to PHP7.20 billion (US$137.4 million), in the three months to March 31, versus approximately PHP6.60 billion in the fourth quarter.

Judged year-on-year, first-quarter consolidated net revenue was up 30.4 percent on the PHP5.52 billion achieved in the first three months of 2021.

Bloomberry Resorts controls Solaire Resort and Casino (pictured) in the Metro Manila region, a part of the country that had been periodically subject to business restrictions in the first quarter, as a Covid-19 countermeasure.

Enrique Razon, Bloomberry chairman and chief executive, was cited as saying in a press release accompanying the first-quarter results filed to the Philippine Stock Exchange on Friday: “We reported a strong set of results despite a return to general community quarantine Alert Level 3 in January.”

Mr Razon added: “For the first time in eight quarters, we recorded positive net earnings on growth driven by our domestic mass gaming segment. Business and pandemic conditions permitting, we look to sustain the recovery for the rest of the year.”

First-quarter net income attributable to the owners was PHP686.7 million, versus a loss amounting to PHP771.2 million a year earlier.

On January 3, Metro Manila had been placed under general community quarantine (GCQ) Alert Level 3 as new Covid-19 cases surged due to the highly-contagious Omicron variant. Restrictions had been eased to GCQ Alert Level 2 on February 1, and then to Alert Level 1 on March 1.

During the quarter, Solaire’s casino, hotel, food and drink, and retail segments had “operated at capacities consistent with guidelines” from the country’s casino regulator, the Philippine Amusement and Gaming Corp (Pagcor), and the guidelines of the country’s Inter-Agency Task Force for the Management of Emerging Infectious Diseases.

Macau casino services firm Macau Legend Development Ltd says that a review conducted by an independent consultant “did not note any irregularity” in the dealings between the company and... END_OF_DOCUMENT_TOKEN_TO_BE_REPLACED