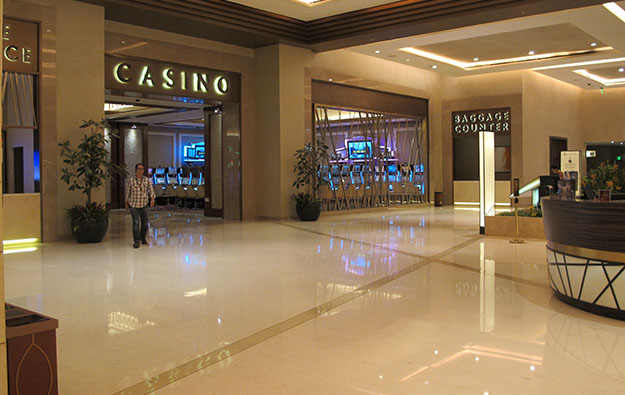 Quarterly net profit was PHP1.38 billion (US$27.3 million), down compared to PHP2.21 billion in the initial quarter of 2019. Quarterly net revenue was just below PHP9.36 billion, compared with PHP10.69 billion a year earlier.

First-quarter results were “negatively impacted by economic and tourism implications” arising from the Covid-19 pandemic, Bloomberry said in its quarterly results filed to the Philippine Stock Exchange on Thursday. That included the temporary suspension of gaming operations at the firm’s flagship property in Manila since March 16.

Bloomberry runs the Solaire Resort and Casino (pictured) at Entertainment City, Manila, in the Philippine capital. It is also developing another resort – known as Solaire North – at Quezon City on the outskirts of the Metro Manila area. The firm also has an operation in South Korea.

An extensive lockdown for Metro Manila, including its large-scale casino resorts in Entertainment City, was first announced in mid-March, and subsequently extended in increments. It is poised to run at least until the end of this month.

“We look forward to restart the gaming segment [at Solaire] soon after the quarantine is lifted,” said Enrique Razon, Bloomberry’s chairman and chief executive, as quoted in the earnings release. “We will have clear, effective, comforting and consistently implemented protocols that will instill a true sense of safety and security for all.”

He however added: “We anticipate a slow recovery as our patrons, customers, and employees adjust to the ‘new normal’. For now, our team members are undergoing regular [Covid-19] testing as part of a comprehensive plan to maintain safe working and recreational environments at Solaire.”

In the first quarter, group consolidated earnings before interest taxation, depreciation and amortisation (EBITDA) were PHP3.46 billion, down by 23.1 percent compared to PHP4.5 billion in the same quarter of 2019.

The existing Solaire property in Manila contributed PHP3.57 billion to consolidated EBITDA for the first three months of 2020, which the firm said was offset by the PHP109.9 million negative EBITDA at the firm’s Jeju Sun property on Jeju island in South Korea.

In the first quarter, total gross gaming revenue (GGR) at Solaire in Manila was PHP12.21 billion, 10.3 percent lower than for the comparable period in 2019. Solaire’s VIP GGR in the first three months of 2020 declined by 20.9 percent year-on-year to less than PHP4.73 billion due to lower volumes and a less-favourable VIP win rate, said the company.

Jeju Sun reported gaming revenue of PHP93.1 million in the first quarter of this year, representing a decrease of 63.3 percent in year-on-year terms. “In response to the Covid-19 situation in South Korea, Jeju Sun began a phased suspension of operations on March 6, with full suspension achieved by March 21,” said Bloomberry.

As of March 31, the firm had a consolidated cash and cash equivalents balance of PHP37.8 billion. “The company’s strong cash position will allow it to weather through the challenging environment brought about by the pandemic,” it stated.

Macau’s annual Gaming Service Index survey of casino resort staff performance shows that the overall index in the fourth quarter of 2021 stood at the same level as the same period in 2020. But the... END_OF_DOCUMENT_TOKEN_TO_BE_REPLACED