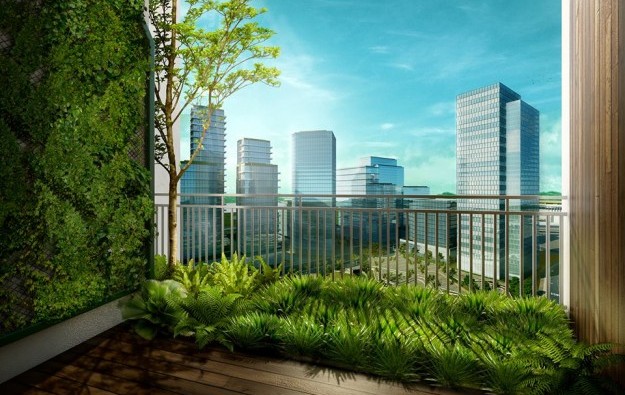 Philippines casino operator Bloomberry Resorts Corp has acquired a 15,676-square-metre (168,735 sq feet) plot in Quezon City, one of the cities that make up Metro Manila, the national capital region of the Philippines.

The PHP1.98-billion (US$43.16-million) acquisition – via Sureste Properties Inc, the hotel and resort development arm of Bloomberry Resorts – was announced on Friday in a filing to the Philippine Stock Exchange.

The land is located in Quezon City Central Business District. The plot was acquired from the National Housing Authority. It is part of the 29-hectare (72-acre) Vertis North urban development project (pictured in an artist’s rendering), a joint venture between the government bureau and Philippine real estate conglomerate Ayala Land Inc.

“The transaction will allow Bloomberry Resorts (through a wholly-owned subsidiary) to acquire a valuable piece of property in a fast-growing district in Metro Manila. This property will be developed into a mixed-use development that will have hotels, commercial and residential features. This will allow Bloomberry Resorts to have more diversified revenue sources,” the firm said in a separate filing on Monday.

Previous news reports stated that the Vertis North project would include residential, office, retail and hotel space. There was no mention to casino facilities.

Ayala Land last year signed a deal with Bloomberry Resorts to operate a shopping mall at its Solaire Resort and Casino.

Bloomberry Resorts is the developer and operator of Solaire Resort and Casino in the Philippine capital Manila. The firm is expanding its footprint in Asia: it has bought a small casino on Jeju Island in South Korea and is reportedly among the bidders for two new licences the South Korean government will issue this year.

Last month, Bloomberry Resorts confirmed that it was in talks regarding a possible investment in a casino resort in Argentina, via one of its subsidiaries.

Spectrum Gaming Group LLC, a specialist consultancy on probity and legal compliance in the regulated casino sector, has issued its “Top Ten Trends To Watch for 2023”, including likely events in... END_OF_DOCUMENT_TOKEN_TO_BE_REPLACED