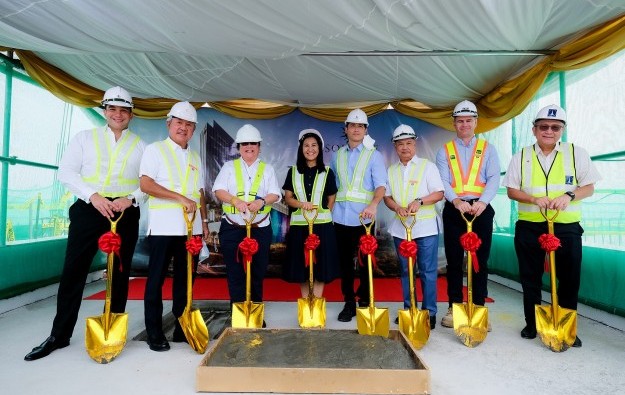 Bloomberry Resorts Corp’s under-development casino resort project in Vertis, at Quezon City, in the Philippines, saw its formal topping-off on Monday (July 25) marked by a ceremony (pictured), the resort promoter said in a post-event release.

The project, now branded as “Solaire Resort North”, is due to be completed in the “fourth quarter of 2023”, representatives of the the existing Bloomberry Resorts property, Solaire Resort and Casino in Entertainment City, Manila, additionally told GGRAsia.

The Monday topping-off ceremony was attended by several senior executives from, respectively, Bloomberry Resorts, the project’s construction contractors, and local officials. The latter included the mayor of Quezon city, Joy Belmonte, and the city’s vice mayor, Gian Sotto, according to the release.

Solaire Resort North aims to “capture and cater to the northern and eastern markets of Metro Manila and the National Capital Region”, the release said. The project – planned as a “five-star” property – is to feature hotel, gaming, restaurant and bar, meeting, and retail space.

In addition to the Quezon city project, Bloomberry Resorts announced in May plans for a coastal casino resort, at Paniman, Cavite, about 66 kilometres (41 miles) southwest of Metro Manila. Work was likely to start after Solaire Resort North had begun commercial operation, the filing to the Philippine Stock Exchange had stated.

The imminent return of package tours from mainland China will not only help boost Macau’s tourism businesses, but is also expected to help casinos gain more foot traffic in their mass gaming... END_OF_DOCUMENT_TOKEN_TO_BE_REPLACED