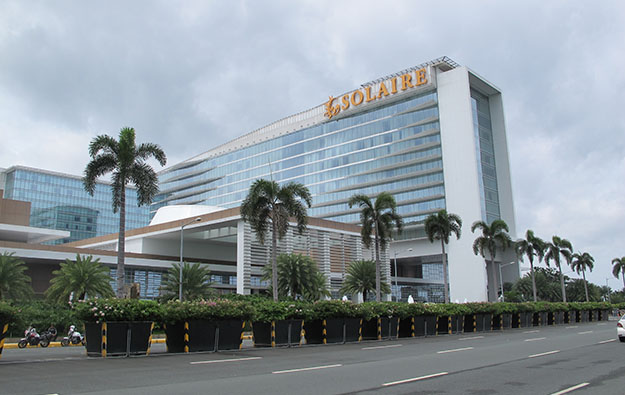 Philippines-based Bloomberry Resorts Corp reported consolidated net profit of approximately PHP3.91 billion (US$77.2 million) for the three months ended September 30. Such profit was up 245 percent in year-on-year terms, the firm said on Thursday in a filing to the Philippine Stock Exchange.

The company is the owner and operator of the Solaire Resort and Casino (pictured) in Manila. It also operates the Jeju Sun Hotel and Casino on South Korea’s southern holiday island Jeju.

The strong increase in third quarter profit was mainly due to operations at Solaire. In the three months to September 30, the group’s Philippine operations registered net income of PHP4.2 billion, up 283.9 percent from the prior-year period. Such increase was due to higher earnings before interest, taxation, depreciation, and amortisation (EBITDA), which was “partially offset” by higher foreign exchange losses and increased interest and depreciation expenses, said the company.

“We are now in the last stretch of 2019 and we look forward to delivering a strong set of full year results,” he added.

For the quarter ended September 30, Bloomberry reported net revenue of PHP13.31 billion, up 49.2 percent from a year earlier. Group-wide EBITDA for the period doubled in year-on-year terms, to PHP6.36 billion. The company said the latest EBITDA figure was a “quarterly high”, driven by higher gaming revenues and “continued cost control” in the Philippines and South Korea.

Solaire’s VIP volume decreased by 4.7 percent year-on-year but VIP GGR grew by 117.0 percent, to nearly PHP8.65 billion, because of higher hold rate in the reporting period. The VIP hold rate was 4.35 percent, higher than the 1.91 percent in the third quarter of 2018, said the company. Mass table drop and slot coin-in grew by 9.9 percent and 23.2 percent to “record levels” of PHP13.5 billion and PHP66.9 billion, respectively.

Jeju Sun recorded GGR of PHP109.3 million for the third quarter of 2019, down 43.5 percent from the prior-year quarter. The decline was due to an unfavourable hold percentage in the property’s gaming segment,” said Bloomberry.

In the third quarter, the company reported consolidated non-gaming revenues of approximately PHP2.08 billion, an increase of 23 percent over the comparable period in 2018.

In its press release, Bloomberry said it had a PHP40-billion loan facility available, meant to fund the construction, pre-opening, and pre-operating expense requirements of Solaire North in Quezon City. As of September 30, the company had not drawn on this facility, it said.

Solaire North is to be located on the outskirts of the Philippine capital Manila. The group started the excavation work for the project in July 2019.

The imminent return of package tours from mainland China will not only help boost Macau’s tourism businesses, but is also expected to help casinos gain more foot traffic in their mass gaming... END_OF_DOCUMENT_TOKEN_TO_BE_REPLACED