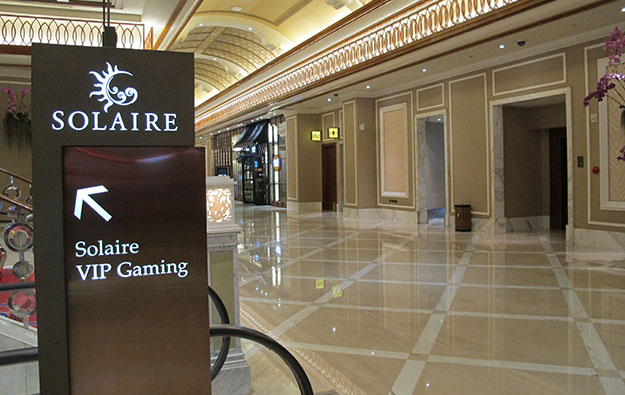 Asian casino operator and developer Bloomberry Resorts Corp has confirmed that the group might record a loss this year due to the suspension of casino operations in the Philippines since mid-March as part of efforts to stem the spread of the coronavirus pandemic. The clarification to the Philippine Stock Exchange came after an interview given to a media outlet by the group’s chairman and chief executive, Enrique Razon.

Bloomberry developed and operates the Solaire Resort and Casino (pictured in a file photo) at Entertainment City in Manila.

Mr Razon told the Philippine Star newspaper that Bloomberry might report a loss in 2020, because of the suspension of gaming operations, but also due to social distancing measures it expected would be applied once these businesses are allowed to resume.

“For Solaire, our plan when we can reopen is to test everyone,” Bloomberry’s CEO was quoted as saying, although the report didn’t clarify whether he was referring to staff and customers. “Gaming … would be only be at 20 percent of our usual capacity, [and] there would be physical distancing, wearing of masks will be mandatory,” he told the media outlet.

Casinos in the Philippine capital are to remain closed at least until May 15, after the government decided to extend the local quarantine to tackle the Covid-19 disease outbreak. The main island Luzon has been in anti-coronavirus lockdown since mid-March.

In its Friday filing, Bloomberry said it wanted to clarify that the loss mentioned by Mr Razon was “possible due to the suspension of casino operations” in compliance with the order from the country’s gaming regulator, the Philippine Amusement and Gaming Corp (Pagcor).

It added: “Another reason is the severe contraction of businesses worldwide caused by the lockdown imposed by most countries around the world,” which meant a general reduction in travel and “lower priority for leisure activities” among consumers.

The filing noted that Bloomberry’s management was making preparations for the eventual restart of operations. They included “designing stringent cleanliness and social-distancing protocols that are appropriate for an entertainment venue like Solaire,” said the company.

Bloomberry said a fortnight ago that it wanted to “broaden” its investment portfolio, “in the interest of enhancing shareholder value”. The company said it would consider – aside from gaming – opportunities that included “hospitality, and other non-gaming assets.”

A Macau court was offered evidence on Monday, including of recordings from police-wiretapped telephone conversation, that the prosecution says proves the direct involvement of Levo Chan Weng Lin... END_OF_DOCUMENT_TOKEN_TO_BE_REPLACED