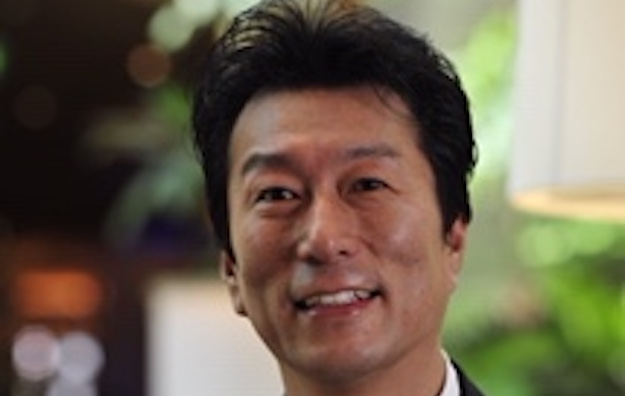 Philippine casino investor Bloomberry Resorts Corp remains interested in pursuing an opportunity in Japan for an integrated resort (IR) – as large-scale casino complexes with other tourism facilities are known in the latter country – and is open-minded about the possible location.

So said Mitsuaki Kiriyama (pictured in a file photo), vice president of Bloomberry Resorts Japan Inc, a subsidiary of the Philippine group. “We would still like to participate in Japan’s IR opportunity… even though that will be a big challenge,” Mr Kiriyama told GGRAsia in comments emailed to us. They were in response to our enquiry about Bloomberry Resorts’ interest in the Japan market.

The current novel coronavirus public health alert affecting the Asia-Pacific region is one of those challenges in terms of the firm’s decision-making regarding Japan, stated Mr Kiriyama.

“We have not decided yet which district is the best for us,” within Japan he added, noting that “Wakayama and Nagasaki” had each been looked at by the group.

Japan’s national government has said it wants the new IRs to make the country more competitive globally for tourism and business meetings, by including in the mix of facilities uniquely Japanese elements, large hotels, extensive meeting space, shops, restaurants and entertainment facilities. A maximum of three IRs will be permitted nationally in a first phase of market liberalisation.

Wakayama and Nagasaki prefectures are respectively contenders for a ‘regional’ IR – possibly with a lower capital expenditure than any big-city IR say some investment analysts. Wakayama has said it plans to launch this spring its request-for-proposal (RFP) process to choose a private-sector partner before approaching the national authorities for permission to host an IR. Nagasaki has said it also plans an RFP phase during this spring.

Wakayama prefecture, part of Japan’s Kansai region, has flagged the artificial island Marina City as the candidate site for hosting a casino resort. The authorities of Nagasaki have proposed part of the Huis Ten Bosch theme park in Sasebo city as the representative candidate location for the whole of the Kyushu region.

Japanese local governments eligible to ask the national government for the right to have an IR must either a prefecture-level authority or a so-called ordinance-level city.

Japan’s central authorities said in January that they planned to stick to a previously-mentioned window during which local governments can make their pitch for an IR, despite a slight delay in the national government publishing its basic policy on IRs. The local government application period will run from early January 2021 to July 31 of that year.