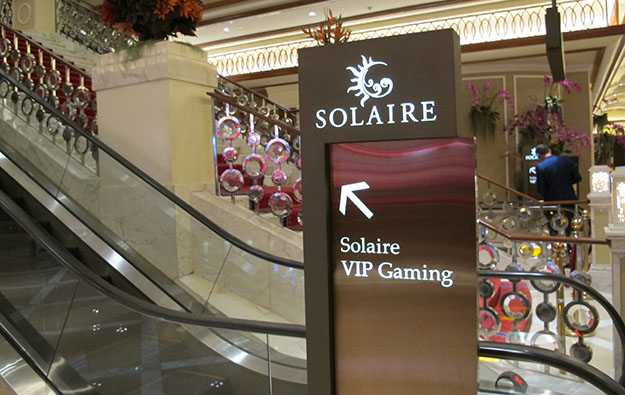 Japanese brokerage Nomura expects to see a higher rate of expansion in gross gaming revenue (GGR) for Bloomberry Resorts Corp for the period 2018 to 2020. The institution anticipates a compound annual growth rate for GGR of 14.9 percent versus earlier growth rates of 10.3 percent.

Nomura also expected “better margins driven by a higher mass segment contribution of 32 percent versus 24 percent” previously, it said in a Thursday note.

Bloomberry Resorts controls Solaire Resort and Casino (pictured) in the Philippine capital Manila; and the Jeju Sun Hotel and Casino in Jeju, South Korea. The latter has a foreigner-only gaming facility.

Most of Bloomberry Resort’s Philippine VIP gambling business  – and about a third of its mass-sector casino trade – is from Chinese and Korean players, noted Nomura.

Looking at the national inbound tourism and casino market, Mr Huang said: “Chinese arrival growth was strong at 30 percent year-on-year for the first 11 months of 2018, leading us to believe that VIP and mass volume growth acceleration from second quarter 2018 to third quarter 2018 will continue through to full financial-year 2019.”

On Tuesday, Andrea Domingo, head of Pagcor, said the national forecast for 2019 casino GGR was for 8.5-percent growth, to PHP217 billion. That would be another record for Philippine GGR, following on from the PHP200-billion all-time high last year.

The brokerage also gave commentary on the Quezon City project in the Greater Manila area, which he referred to as “Site B”.

In June last year, Bloomberry Resorts’ chairman and chief executive Enrique Razon had said work would start on that scheme during 2019.

Mr Huang stated: “We believe that the timing of the spend will be critical for Bloomberry’s ‘Site B’ gaming location in Quezon City due to its estimated cost of approximately US$700 million.”

He added: “The company expects to start the development of the new site within the first half 2019 and to have it operational by late in financial year 2022.”

A Macau court was offered evidence on Monday, including of recordings from police-wiretapped telephone conversation, that the prosecution says proves the direct involvement of Levo Chan Weng Lin... END_OF_DOCUMENT_TOKEN_TO_BE_REPLACED