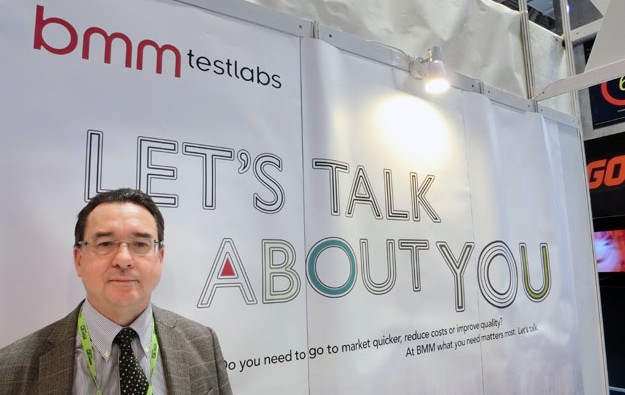 Privately held gaming testing laboratory and technical consultancy BMM International LLC, branded as BMM Testlab, expects to see continued growth in demand across Asia for the testing of games for land-based casinos and for online games.

So said BMM’s John Rochester, senior vice president for sales for Australia and Asia Pacific, in comments to GGRAsia at the Global Gaming Expo (G2E) Asia 2017.

“Since [the New Year], we have seen further growth [in demand] from new and emerging gaming manufacturers into the regulated markets around Asia, mainly Macau and Singapore; and we’re also seeing some considerable interest out of [South] Korea and Taiwan,” he said.

Explaining the rise in demand for testing from markets such as South Korea and Taiwan, Mr Rochester noted that such demand is seen in both terrestrial, regulated casino games and online games.

“There are a lot of [gaming] content providers now emerging from Asia that are probably looking at the terrestrial market… [but are] trying to enter the market first using online gaming. That’s through the licensing in Philippines, or other places as far [away] as Europe, such as Malta,” Mr Rochester said.

The BMM executive also noted the firm is interested in expanding into the nascent gaming market of Japan, which is still drafting an implementation bill regarding the country’s casino resorts. BMM – which had representation at and also sponsored the Japan Gaming Congress last week – is interested in providing support to the Japanese government and Japanese gaming manufacturers to help them in understanding the workings of the regulated gaming markets.

“We went to Japan last week to create awareness that accredited testing facilities exist. And these independent test labs can actually help and support Japan to gain a very insightful view as to what happens in regulated gaming markets,” Mr Rochester said. “They can leverage that [knowledge] to create their own unique Japanese regulated gaming market,” he added.

When asked if the firm was aware of any updates in the Macau market either to technical standards or to the regulations governing, respectively, electronic gaming machines (EGM) and electronic table games (ETG), Mr Rochester said that he was not aware of anything specific on the horizon.

“The gaming manufacturers are asking them [the Macau regulator] all the time to check into these things [new electronic gaming products]. But they’ve got to balance with their own policy, regulations and their boundary [for] operating and accepting those things. So it is usually that it goes slowly, but it does move forward,” he said.