BMM’s Asia customer base grows in 2016 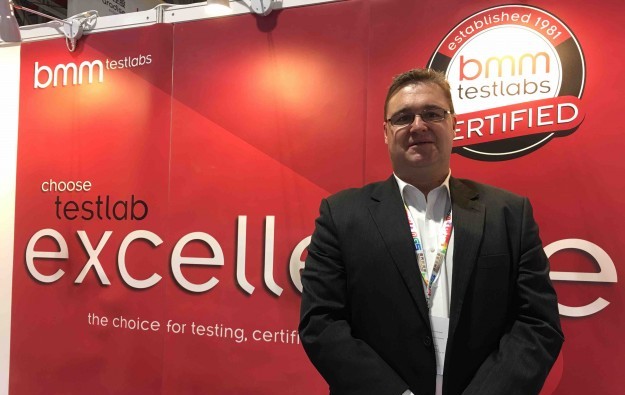 BMM International LLC, known as BMM Testlabs, has continued to increase its customer base in Asia in 2016, said its executive vice president and general manager for Australia and Asia Pacific, Kirk White (pictured), in comments to GGRAsia.

The gaming testing laboratory and technical consultancy is a privately-held firm with global operations.

“BMM in Asia is growing with the Asian gaming industry, which means that there are more and more customers, and more and more manufacturers supplying content to the region, either through land-based or online [products],” Mr White said.

He was speaking on the sidelines of the Macao Gaming Show 2016, a regional casino industry trade show held from November 15 to 17 at the Venetian Macao.

The executive said BMM had been increasing its customer base year-on-year in Asia for the past few years, including in 2016.

“With discussions we are having with new customers from shows like this one… clearly we will continue to grow, into next year as well,” he stated.

“The prospects for us in Asia are heavily focused on committing to [our] existing customer base, in both land-based and online [gaming], and also providing our services to new customers in the online space,” he added.

BMM marked in September its 35th anniversary in business. It employs approximately 300 people in 13 global locations and serves more than 420 jurisdictions, according to the company. In Asia, BMM has offices in Macau and Singapore.

The Macau authorities announced on Friday some of the key aspects of a bill proposing a new regulatory system for gaming that will shape how the industry looks for years ahead. Macau’s Executive... END_OF_DOCUMENT_TOKEN_TO_BE_REPLACED