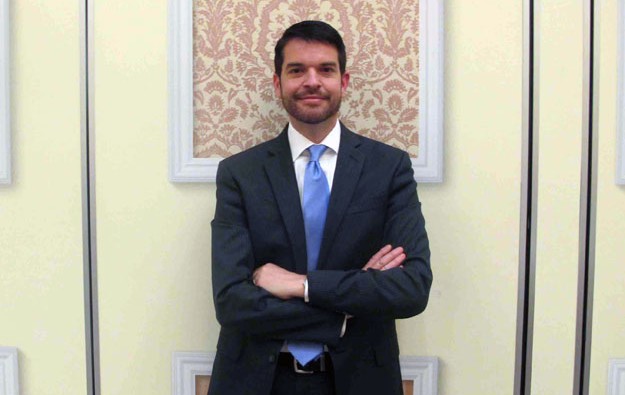 United States-based tribal casino operator Mohegan Gaming and Entertainment announced on Tuesday the appointment of Bobby Soper (pictured in a file photo) as the company’s international president. In his new role, Mr Soper will be responsible for the group’s expansion plans in Asia, said Mohegan Gaming in a press release.

The appointment marks the return of Mr Soper to Mohegan Gaming, four years after he resigned as president and chief executive. He was CEO from 2015 to 2017. Since 2017, he served as president and CEO of consultancy firm Sun Gaming and Hospitality.

In Tuesday’s release, Mohegan Gaming said Mr Soper will “oversee, coordinate and direct all aspects” of the company’s efforts related to markets in Asia, namely in South Korea and Japan.

Mohegan Gaming is developing the Inspire Entertainment Resort, a complex with a foreigner-only casino, near Incheon International Airport, South Korea’s main air hub. The company has asked authorities in South Korea to postpone to 2023 the opening of that complex.

The group has also teamed with a Japan unit of Hong Kong-listed Oshidori International Holdings Ltd for a tilt at creating a casino resort in the Japanese prefecture of Nagasaki.

“Having served the Mohegan Tribe and Mohegan Gaming for many years, we are confident in Bobby’s experience and capabilities to guide our efforts on the ground in Asia,” said James Gessner, chairman of the Mohegan Tribal Gaming Authority, in a prepared statement. The authority controls Mohegan Gaming.

“Bobby’s leadership and presence representing Mohegan Gaming will serve as a catalyst and result in significant progress with both of these important international project commitments,”he added.

Mohegan Gaming announced last week that Mario Kontomerkos will step down as the firm’s president and chief executive at the end of this month. Ray Pineault, the group’s chief operating officer (COO), will act as interim CEO from that date, while a search for a new CEO takes place.