Body to push benefits of Nagasaki IR debuts in Kyushu 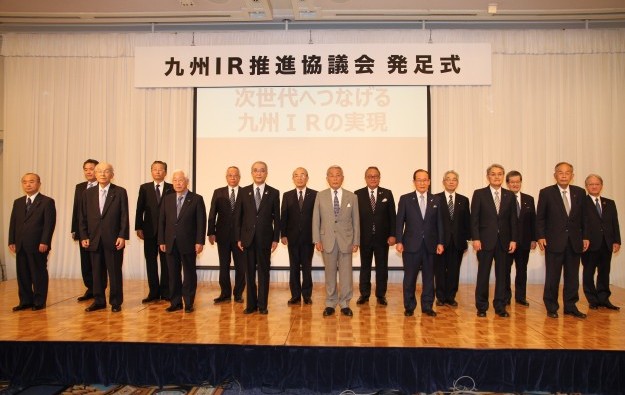 The council comprises 22 groups in the Kyushu region, including Nagasaki prefecture, other regional prefectures, the Kyushu Economic Federation, and other economic groups.

He is a brother of Taro Aso, Japan’s minister of finance and a former prime minister, a prominent politician in the Kyushu region, according to information collated by GGRAsia’s Japan correspondent.

The Kyushu IR Council’s role will include business-matching efforts between the anticipated operator of an integrated resort (IR) in Nagasaki – as large scale casino complexes with tourism facilities are known in Japan – and local companies in the Kyushu region; and to promote inbound tourism for the Kyushu region.

A statement from the Kyushu IR Council quoted Yutaka Aso as saying: “An integrated resort in this historic region will create opportunities to promote Kyushu and inbound tourism, increase international MICE demand and further develop the economies of the region and the rest of Japan.”

He added: “Kyushu is ready to take initiative in bringing regional growth for the next generation through the development of the integrated resort.”

Yutaka Aso said also that the Kyushu IR Council would “hold fair and equitable communication with the IR operating partner.” The body would also “support the bid to bring an IR to Kyushu; work to secure local procurement opportunities for IR demand, and promote the appeal and charm of Kyushu,” he added.

Nagasaki prefecture has taken the lead role in setting up the council.

In March, Nagasaki announced that three private-sector entities – a consortium led by Oshidori International Holdings Ltd, Casinos Austria International Japan, and the Niki Chau Fwu (Parkview) Group – had qualified for the next portion of Nagasaki’s partner-selection process in the prefecture’s tilt at a casino resort.

According to GGRAsia’s Japan correspondent, Nagasaki’s latest schedule for its request-for-proposal phase and beyond, targets the implementation in May of a probity test on would-be partners.

August would see the selection of an IR operator. Then in summer to autumn of this year, there would be a “foundation agreement” between the prefecture and the chosen operator, followed by the establishment of an IR development plan.

Spring 2022 would see the resolution of the IR development plan by the prefectural government and Sasebo city within the prefecture, where the local casino resort would be located.

The prefecture would then submit its proposal to the national government. Up to three casino resorts will be permitted across Japan under the liberalisation plan.

In the mid- or late-2020s, the Nagasaki IR would be expected to open, according to the prefecture’s timetable.

Bloomberry Resorts Corp wants to build a third casino resort on the Philippines’ main island, Luzon. It would be at Paniman, a coastal community in Cavite, about 66 kilometres (41 miles) southwest... END_OF_DOCUMENT_TOKEN_TO_BE_REPLACED