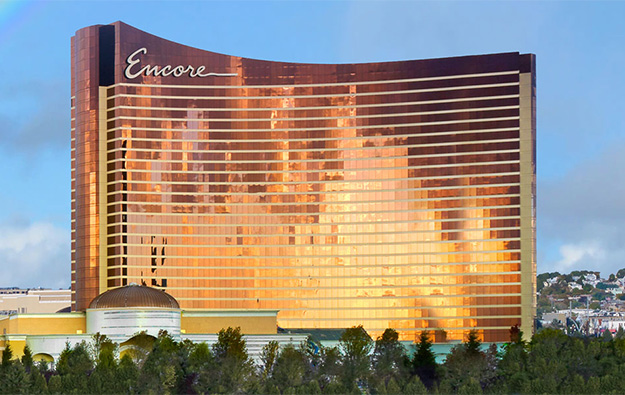 A brokerage said in an open letter to Wynn Resorts Ltd chief executive Matt Maddox that it had learned “with dismay” about the recent talks with rival MGM Resorts International about possible sale of Wynn Resorts’ soon-to-open Encore Boston Harbor casino resort (pictured).

“While the discussions were quickly terminated, the news of such discussions even occurring so close to opening were disheartening,” said the missive from Sanford C. Bernstein Ltd.

But analysts Vitaly Umansky, Eunice Lee and Kelsey Zhu added in the letter, contained in a Tuesday memo to investors: “Matt’s recent comments about no longer looking to sell is a welcome initiative. We see the potential of Encore Boston being a key growth driver and diversification component for Wynn Resorts.”

The brokerage added that – despite the competition in the Massachusetts casino market – the Boston venue’s earnings were likely to outperform major rival properties on the United States East Coast, and its value to the group was “too big to ignore”. It would also help investors see the Wynn group as more than a proxy for China’s economic expansion via its Macau casino operations, added the institution.

“Boston is too big to be ignored; and Wynn Resorts may finally be perceived as more than a ‘high beta China macro’ trade,” stated Sanford Bernstein in the open letter to Mr Maddox, and referring to group earnings before interest, taxation, depreciation and amortisation (EBITDA).

The brokerage estimated that the percentage of group adjusted EBITDA derived from Macau operations might be circa 59 percent in 2020, while that from the Las Vegas business might be circa 26 percent.

Encore Boston Harbor’s path to launch has been rocky. It included a name change to drop the “Wynn” moniker in the aftermath of brand founder Steve Wynn’s resignation from the group following a series of sexual misconduct allegations; claims denied by him.

In late April this year, one cloud hanging over the scheme – whether or not the Massachusetts Gaming Commission would find Wynn Resorts fit to hold a gaming licence in the state regarding how it handled the Steve Wynn allegations – was lifted.

While the regulator found the firm “suitable” to hold a licence for the US$2.6-billion project, it imposed a US$35 million fine on the group, plus a US$500,000 fine personally on Wynn Resorts’ CEO Mr Maddox, placing licensing conditions on him.

Sanford Bernstein said in its open letter: “While we will not comment on whether the Massachusetts Gaming Commission outcome was fair to Wynn [Resorts] or fair to Matt, it was a relief to see that Encore Boston would open.”