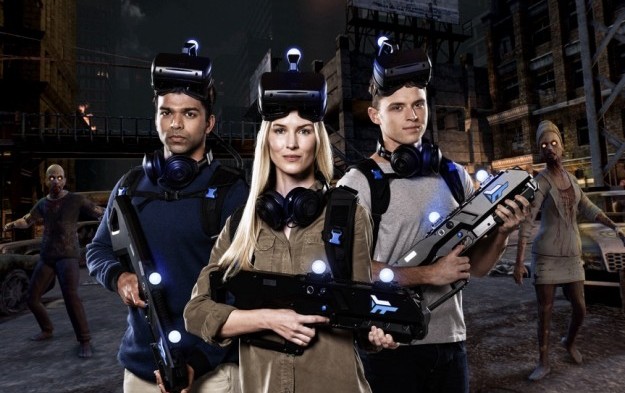 A virtual reality gaming arena, branded as “Zero Latency Macau”, was due to start a consumer trial on Saturday (June 30) at Broadway Macau, a casino property in that city promoted by Galaxy Entertainment Group Ltd.

A press release from a public relations firm said the trial Macau operation was the 19th location worldwide for the virtual reality entertainment brand Zero Latency, which originates from Melbourne, Australia.

A Zero Latency-branded venue was launched in Singapore in November 2017 according to Tomorrow Entertainment’s own website.

The Zero Latency Macau arena is said to feature three themed experiences: “Engineerium”, “Zombie Survival”, and “Singularity”. Each player is required to pay MOP400 (US$49.50) as “trial price” for a 45-minute session at the gaming arena, according to Zero Latency Macau’s official website. The regular price for the virtual reality experience is set at MOP450.

GGRAsia emailed Galaxy Entertainment seeking clarification as to whether Zero Latency Macau was to be a permanent entertainment feature at Broadway Macau, but did not receive a reply by the time the story went online.

Francis Lui Yiu Tung, deputy chairman of Galaxy Entertainment, has mentioned previously to media that the firm has considered bringing in “novel” and “technology” elements to Phase 4 of Galaxy Macau casino resort, a neighbouring project of the firm that it says would be largely focused on non-gaming.

Casino hotel MGM Grand Las Vegas, in the Nevada gambling hub, introduced a Zero Latency arena in September 2017, according to media reports. The introduction of the arena was described at the time as a “first” in the city.

South Korea on Thursday said it would from June 1 resume issuing short-term tourism visas for trips to the country’s mainland, for individual visitors and groups of tourists. Permits for... END_OF_DOCUMENT_TOKEN_TO_BE_REPLACED