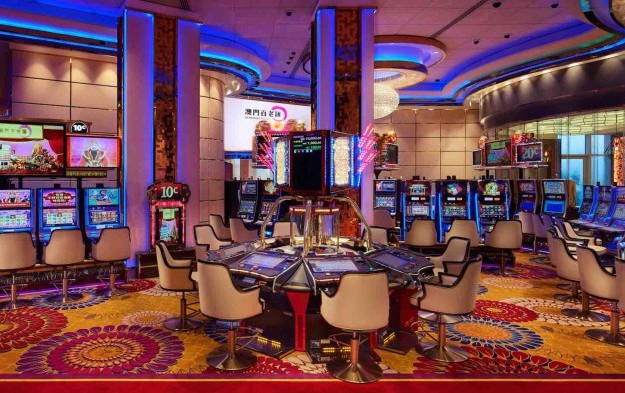 Mr Leong also said that another Cotai property  – the Studio City casino resort, opening next Tuesday and majority-owned by Melco Crown Entertainment Ltd – is to receive 250 new-to-market gaming tables. That property’s promoter confirmed the news in a statement on Tuesday.

When speaking to reporters on Tuesday, Mr Leong stated a total of 200 new-to-market tables can be operated at Studio City from day one, with the remainder available from January 1, 2016.

The table allocations for the venues were due to them having significant non-gaming facilities and being focused on mass players, Mr Leong stated. Studio City includes no VIP gaming rooms, the official added.

He said the government was satisfied to see the Galaxy Macau Phase 2 and Broadway properties establishing partnerships with local small- and medium-sized enterprises (SMEs). The latter, in particular, includes several shops and restaurants operated by Macau-based firms and organisations.

As a result of the non-gaming facilities and SME links, the local authorities had decided to grant Galaxy Macau Phase 2 and Broadway 100 new-to-market gaming tables, of which 50 will become immediately available, said Mr Leong. The remaining 50 will be available from January 1, he added.

The HKD5-billion (US$645.2 million) Broadway Macau – formerly known as Grand Waldo – opened on May 27 after a major redevelopment. It launched the same day as the neighbouring HKD19.6-billion Galaxy Macau Phase 2.

Mr Leong reiterated that the government would look into the non-gaming components of the latest generation of casino resorts being developed on Cotai by Macau’s six gaming concessionaires, and how each company forms partnerships with local SMEs, among other factors, before deciding on table allocation for each new property.

VIP gross gaming revenue (GGR) across the entire Macau market fell by 38.0 percent year-on-year during the third quarter of 2015 to approximately MOP28.99 billion (US$3.63 billion), according to official Macau government data published last week. VIP revenue accounted for 53.32 percent of casino GGR in the three months to September 30, down from 55.51 percent in the previous quarter and from 56.45 percent in the prior-year period.

The local authorities would however continue to uphold the city’s table cap policy, Mr Leong pledged. The cap aims to limit the increase in live dealer table numbers to 3 percent compound annual expansion until the end of 2022, from a base of 5,485 tables recorded at the end of the fourth quarter in 2012.

In last week’s third quarter earnings conference call for Wynn Resorts Ltd – which is developing the US$4.1-billion Wynn Palace scheme on Cotai, due to open on March 25 next year – company chairman Steve Wynn called the Macau government’s table allocation policy “almost a mystical process”, “outrageous and ridiculous”, and “the single most counterintuitive and irrational decision that was ever made”.

Commenting on the performance of the gaming industry in October on Wednesday, Mr Leong noted that the year-on-year rate of decline in GGR was so far smaller than in previous months. He highlighted the positive contribution of spending by visitors during the Golden Week holiday in China at the beginning of the month.

Several brokerages however said earlier this week that Macau’s October gaming revenues had been unable to sustain the seasonal rally seen during the Golden Week period.

The imminent return of package tours from mainland China will not only help boost Macau’s tourism businesses, but is also expected to help casinos gain more foot traffic in their mass gaming... END_OF_DOCUMENT_TOKEN_TO_BE_REPLACED