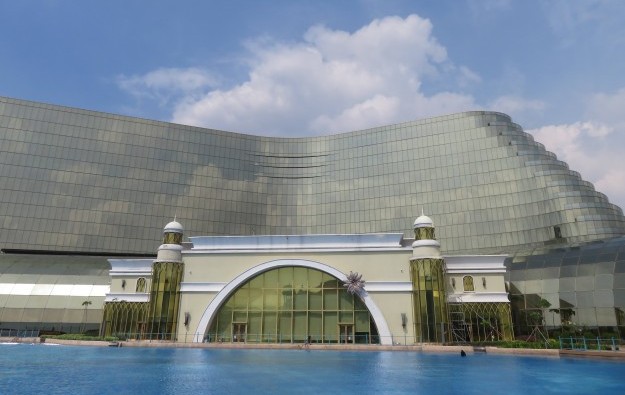 Brokerage Union Gaming Securities LLC says it is revising upward its estimates for 2020 and 2021 earnings at Japanese gaming conglomerate Universal Entertainment Corp, due to a strong fourth quarter from Okada Manila (pictured), a Philippines casino resort controlled by the latter.

Okada Manila generated gross gaming revenue (GGR) of just over PHP39.79 billion (US$784.5 million) in full-year 2019. That was up 46.2 percent from the nearly PHP27.22 billion recorded in 2018, according to a Tuesday filing from the parent company. The results were boosted by a 56.9-percent increase in VIP revenue, to slightly above PHP19.85 billion.

The property’s GGR for December stood at PHP4.63 billion, with VIP revenue more than doubling in year-on-year terms, to PHP2.73 billion.

“The strong December results round out an impressive fourth quarter 2019 for Okada Manila’s VIP business, which grew 71 percent (versus our estimate for +42 percent) in spite of two months of unlucky hold in October and November,” said Union Gaming’s analyst John DeCree in a Wednesday memo.

Based on the strong fourth-quarter 2019 results at Okada Manila, Union Gaming said it was raising its fourth quarter 2019 VIP net win estimate “to account for December’s results”. The institution was also “slightly raising” its expectations for Okada Manila’s VIP revenue for 2020 and 2021.

Union Gaming suggested in the note that the better-than-expected results in the mass-market segment “were a function of [Okada Manila’s] management pausing room work in Tower B in order to maximise revenue during the peak holiday season”.

“This is encouraging as it helps prove the hotel room thesis as a revenue driver for the mass segment,” added Mr DeCree.

The stronger performance of Okada Manila helped boost the net sales of Universal Entertainment, according to the parent’s earnings results for the first nine months of 2019.

As a result, the institution said it was lowering its fourth-quarter estimate for Universal Entertainment’s adjusted earnings before interest, taxation, depreciation and amortisation (EBITDA) to JPY7.3 billion (US$66.4 million), from JPY11.9 billion. But it was raising its estimate for Universal Entertainment’s EBITDA in calendar year 2020 to JPY52.7 billion, from a previous forecast of JPY51.8 billion.