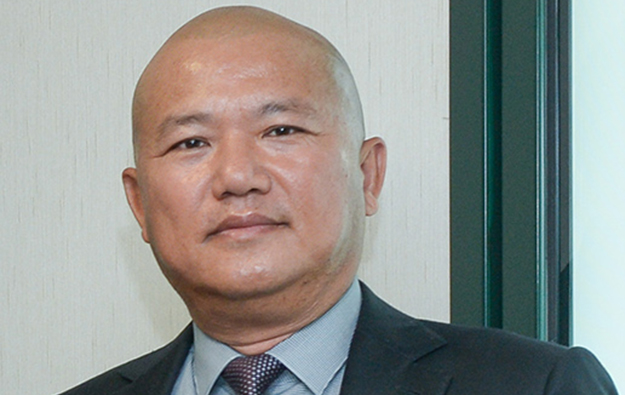 Macau businessman and former legislator Chan Meng Kam (pictured) has been honoured by the Macau government with one of the city’s top honours, the Golden Lotus award.

Wednesday’s announcement – on the eve of the 19th anniversary of the handover of Macau from Portuguese administration to that of China – said that the businessman was among 46 individuals or organisations recognised by Macau for “achievements, outstanding contributions and distinguished services”.

The award to Mr Chan followed a recommendation from a Macau government committee.

Golden Dragon’s Casino Golden Dragon and Casino Royal Dragon on Macau peninsula are both run via the licence of incumbent operator SJM Holdings Ltd. The firm’s Grand Dragon Casino on Taipa, makes use of the casino licence of Melco Resorts and Entertainment Ltd.

Mr Chan is currently a member of the Executive Council, the Macau government’s top advisory body.

In August, Mr Chan told GGRAsia he was “thinking about” bidding for a Macau gaming licence, in the event of a new public tender process.

The opening of Casino Royal Dragon in September 2017 by Mr Chan’s Golden Dragon Group caught some local industry observers by surprise at the time. The venue, in a refurbished building near the Macao Polytechnic Institute in downtown Macau, left some observers asking under what terms and conditions an apparently new-to-market casino venue had been allowed to operate.

It had been widely understood locally that Macau had a moratorium, introduced in 2008 during the time of Macau’s first chief executive, Edmund Ho Hau Wah, on casino service agreements. The moratorium was flagged as being designed to limit market expansion.

The head of Macau’s casino regulator eventually told media almost two months after the opening of Casino Royal Dragon that any request for a satellite casino opening was assessed independently.

Paulo Martins Chan, the director of Macau’s Gaming Inspection and Coordination Bureau, clarified that an important criterion when considering any such request was to ensure it did not expand the actual numbers of live-dealer gaming tables in the market. Macau has a policy of limiting expansion of new table numbers to 3 percent annual compound growth for a period of 10 years ending in 2022.

The Macau government announced on Thursday the cancellation of a plan for a nucleic acid test certificate requirement with 48 hour validity, for casino staff and construction site workers, that had... END_OF_DOCUMENT_TOKEN_TO_BE_REPLACED