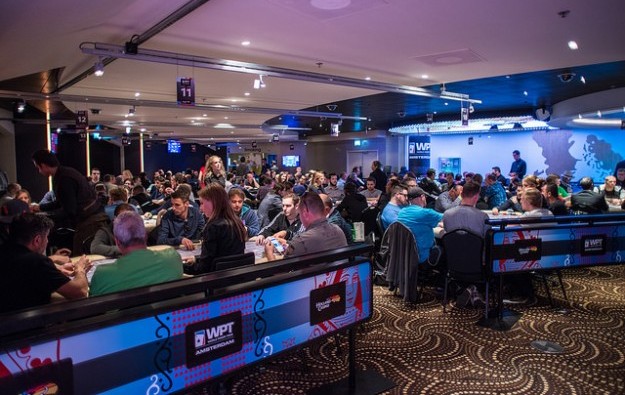 Online gaming company Bwin.Party Digital Entertainment Plc announced the sale of all of its interests in the World Poker Tour (WPT) to Hong Kong-listed Ourgame International Holdings Ltd for US$35 million in cash.

Under the terms of the transaction, London-listed Bwin.Party will continue to sponsor various WPT events and television coverage in the United States and Europe of such events until December 31, 2016. In addition, Bwin.Party said it also has a right of first refusal up to that date over any additional sponsorship opportunities that become available.

Ourgame is a Hong Kong-listed social gaming company with interests across Asia and a market capitalisation of approximately HKD5.7 billion (US$733 million).

Ourgame already had the exclusive right to use the WPT logo and trademarks in more than a dozen Asian jurisdictions, including mainland China, Hong Kong, Indonesia, South Korea, Macau, Malaysia, Taiwan, Thailand, the Philippines and Vietnam. Ourgame and WPT have collaborated previously to create the WPT National China poker tournament.

“Completion [of the acquisition] is expected to take place on or before June 25, 2015,” Ourgame said in a filing to the Hong Kong Stock Exchange on Monday.

The World Poker Tour reported revenue of US$15.9 million last year, according to Ourgame’s filing. The net loss after income tax for 2014 was US$7.7 million, it added.

The Hong Kong-listed firm said the acquisition is a “first step toward evolving into a global media and sports entertainment operation”.

“The group believes WPT’s massive media content and extensive TV footprint, through its collaboration with Fox Sports Network, Fox Sports 1, CBS Sports Network and Velocity by Discovery, will offer an unprecedented opportunity for the group to broaden its reach to a truly global scale,” Ourgame said.

The company also said it expects to create “significant synergies” through the integration of WPT, bringing more tournaments and TV content to its user base in China.

The World Poker Tour was listed on Nasdaq before being taken private in 2009 for US$12.3 million by PartyGaming Plc. The latter business subsequently merged with Bwin Interactive Entertainment AG. In a statement, Bwin.Party said WPT was a non-core asset of the group.

“Over the past six years we have built WPT into a global franchise, with tournaments and TV deals in many countries including Asia where poker remains a popular and growing sport,” said Bwin.Party chief financial officer Martin Weigold.

“However, consistent with our strategy of divesting our non-core assets, we believe that now is the right time to release that value for shareholders so that we can focus our efforts on our core real money gaming and technology business,” he added.

Macau mass-market casino gross gaming revenue (GGR) for the recent Chinese New Year (CNY) holidays could have recovered to at least 60 percent of that for the 2019 break, when the festivities were in... END_OF_DOCUMENT_TOKEN_TO_BE_REPLACED