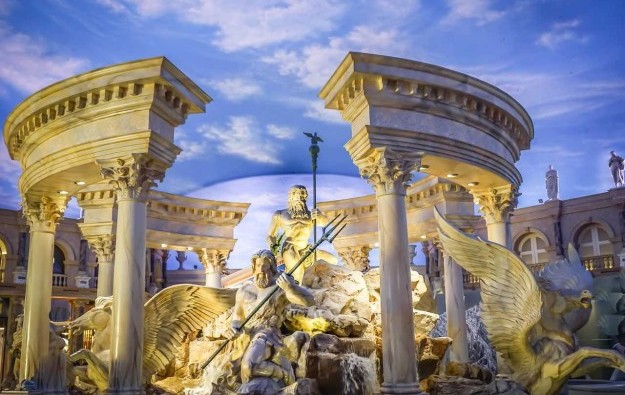 The same day the group said that its unit Caesars Entertainment Operating Co LLC (CEOC) – which was flagged on October 6 as emerging from bankruptcy as an incorporated business – had priced a US$265-million add-on term loan facility.

The new group chief marketing officer, Chris Holdren, previously held the equivalent post at Handy Technologies Inc, operator of an online platform connecting home occupiers with cleaning, decorating and other domestic service professionals. In his new role – which starts on November 1 – he will be responsible for all of Caesars Entertainment’s marketing initiatives, including its Total Rewards customer loyalty programme.

Caesars Entertainment had described the programme as having more than 50 million members as of 2016. Some of the casino group’s creditors had previously estimated Total Rewards to be worth US$1 billion to the enterprise.

Mr Holdren – who will report to the group’s president and chief executive Mark Frissora – spent more than 15 years at Starwood Hotels and Resorts Worldwide LLC, where he oversaw the company’s loyalty and digital marketing programmes. Prior to that he worked on theme park digital entertainment for the Walt Disney Co and at Saban Entertainment Inc where he worked on interactive content and marketing initiatives.

“Chris has broad marketing experience overseeing one of the best-known and most successful loyalty programmes in the hospitality industry,” said Mr Frissora in a prepared statement in the press release announcing Mr Holdren’s appointment.

“His experience will complement our efforts to further cement Caesars Entertainment’s marketing leadership in the gaming and hospitality space,” added the CEO.

The group said on Monday that the additional proceeds would be used – along with cash on hand – to repay all outstanding amounts under the existing senior secured notes issued by Chester Downs and Marina LLC, the owner of Harrah’s Philadelphia Casino and Racetrack, and Chester Downs Finance Corp.

“The add-on term loan will save Caesars Entertainment approximately US$20 million in annual interest expense and is the latest step in the effort to optimise the balance sheet and improve free cash flow across the enterprise,” said Mr Frissora in a separate press statement.

“Upon completion of this and other recently-announced refinancings, Caesars’ annual interest expense will be reduced by more than US$290 million in the aggregate,” added the group CEO.

The add-on term loan will bear interest at the London Interbank Offered Rate (LIBOR) plus 250 basis points and will be offered at par.

It is likely that Macau will shortly have a third round of citywide centre-based Covid-19 testing in little more than a week, after the results so far of a second mass test – that was due to finish... END_OF_DOCUMENT_TOKEN_TO_BE_REPLACED