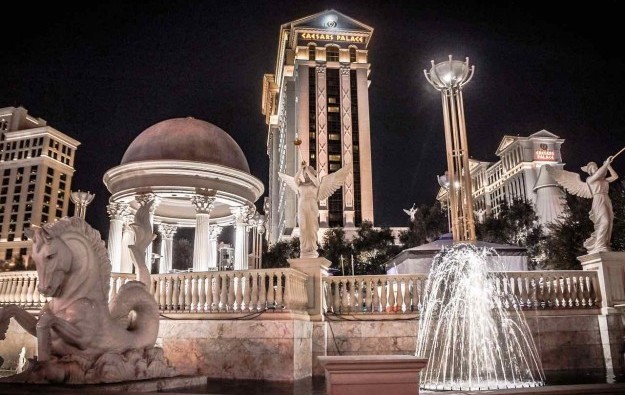 The final steps in the exit from bankruptcy of U.S.-based casino firm Caesars Entertainment Operating Co Inc (CEOC) were announced on Friday, with the parent suggesting it would signal a new phase of expansion for the group.

The same day the parent, Caesars Entertainment Corp, announced the appointment of a new chairman, James Hunt, a 10-year veteran of the Walt Disney Co, who also spent 15 years as an executive with professional services firm Ernst and Young.

The announcement appears to draw a line under the era of Gary Loveman, who joined the group – formerly known as Harrah’s Entertainment Inc – in 1998, and who stepped down as group chief executive in February 2015, but had continued to serve as chairman of Caesars Entertainment and CEOC. Friday’s announcements did not clarify if Mr Loveman remains as an executive at CEOC.

CEOC voluntarily filed for bankruptcy in Chicago, Illinois in January 2015. It was part of a plan by Caesars Entertainment to cut group debt – then amounting to about US$18.4 billion – by approximately US$10 billion.

The operating company had been running some of the brand’s most famous and biggest money generating venues, including Caesars Palace in Las Vegas (pictured).

CEOC has now separated “virtually all” of its U.S.-based real property assets from its gaming operations, the parent said on Friday, with Caesars Entertainment continuing to own and manage the gaming operations.

“With reduced leverage, increased free cash flow and the new REIT structure, we are positioned with a solid foundation to pursue a diversified growth strategy,” said Mark Frissora, president and chief executive of Caesars Entertainment, in a prepared statement accompanying Friday’s release.

The company said on Friday that the restructuring will enable it to invest US$2 billion in future growth, in Las Vegas and elsewhere.

Japanese brokerage Nomura nonetheless expressed some scepticism about the group’s ambitions for expansion in Asia. Caesars aspires to bid for a Japan casino licence and is currently preparing for construction of a foreigner-only casino resort – with a local partner – in Incheon, South Korea.

What investment analysts have said was an attempt by the legacy business to gain rights to a Macau casino project – via the US$577-million purchase in 2007 of a Cotai golf course – came to nothing, and the site was sold at a 24-percent loss, seven years later.

Nomura said in a Friday note commenting on the group’s emergence from bankruptcy: “Caesars Entertainment has… targeted green field opportunities, such as Toronto, Japan, and Macau, as growth markets. Here we are more sceptical. Hard Rock [International] won in Canada, and in Asia, we suspect that the Caesars [Entertainment Operating Co] bankruptcy and still relatively high [group] leverage ratio will prevent them from winning bids.”

The brand as a whole had struggled since a US$30-billion leveraged buyout, led by private equity firms Apollo Global Management LLC and TPG Capital Management LLP, in 2008.

Friday’s press release from Caesars Entertainment stated: “Since the beginning of 2015, Caesars Entertainment has significantly improved its operations with over US$700 million of adjusted EBITDA [earnings before interest, taxation, depreciation and amortisation] improvement and more than 770 basis points of adjusted EBITDA margin expansion achieved.”

Mr Frissora said in his statement: “The conclusion of CEOC’s restructuring leaves Caesars Entertainment with an expected enterprise value of approximately US$20 billion based on yesterday’s [Thursday’s] closing prices.”

Most of Macau’s casino operators are likely to generate positive free cash flow in the first quarter, given the robust recovery level of mass-market gross gaming revenue (GGR) in January, relative... END_OF_DOCUMENT_TOKEN_TO_BE_REPLACED