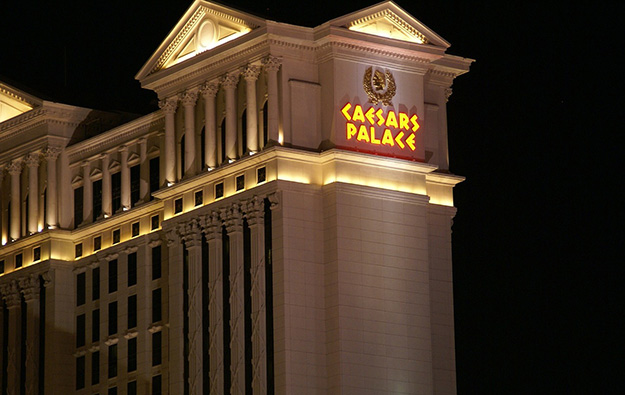 United States-based casino operator Caesars Entertainment Corp announced on Thursday it was dropping plans to bid for one of the first casino licences in Japan. The firm said in a press release it was instead focusing on “current” expansion plans.

“Caesars Entertainment has determined that it will not pursue a licence for an integrated resort in Japan at this time,” the firm said in its press release. The document added: “The company has decided to focus on its current plans and commitments.” It did not give more detail on what were those plans.

The press release quoted Caesars Entertainment’s chief executive Tony Rodio stating the timing of the company’s decision was “driven by sensitivity to the significant decisions Japan’s government and business partners will likely be making later this year to advance the process” of developing Japan’s first casino resorts.

Caesars Entertainment is the first international large-size casino operator to withdraw from the race for a casino licence in Japan. Fellow U.S.-based casino firm Las Vegas Sands Corp – one of the contenders for a Japan casino licence and a rival of Caesars Entertainment in the U.S. market – announced last week it would focus on the Japanese cities of Tokyo and Yokohama in its effort to be allowed to build a casino resort in that country. In a press release, Las Vegas Sands said it would no longer pursue such an opportunity in Osaka.

Caesars Entertainment’s plans to bid for a Japan casino licence – and for construction of a South Korea casino – reportedly came under review following June’s announcement that U.S. regional casino operator Eldorado Resorts Inc was to take over the higher-profile but also highly-indebted Las Vegas giant. At the time, Tom Reeg, the chief executive of Eldorado, was quoted by the Associated Press as saying “no firm decisions” had been made regarding international investment, but that the opportunity would have to be “stupendous for us to be running in that direction”.

Nonetheless, potential host communities have been inviting private-sector firms to take part in request-for-information (RFI) – and even request-for-concept – processes. Caesars Entertainment was one of 12 respondents recently in the Japanese city of Yokohama’s RFI phase in that conurbation’s effort to host a casino resort.

Up to three IRs will be permitted in a first stage of market liberalisation. Some of the places in Japan in the race to host a casino resort include Yokohama, Osaka, Nagasaki and Wakayama.

Thursday’s press release by Caesars Entertainment quoted the firm’s chairman Jim Hunt as saying: “As Caesars has pursued a license to operate in Japan over many years, we have been treated with respect and goodwill by Japanese government, business and community leaders, and with kindness by all the Japanese people we have encountered during this journey. We are grateful for the country’s receptivity to Caesars.”

The press release made no reference to the future of Caesars Korea – the first Asian casino resort supposed to be developed by Caesars Entertainment and located at Midan City in the northeast part of Yeongjong Island, also home to Incheon International Airport, the main air hub serving the South Korean capital Seoul. The casino property was due to be completed “in early 2021”, said a then senior executive in comments to GGRAsia a year ago.

Caesars Entertainment has a big presence in Las Vegas, Nevada, including via Caesar’s Palace (pictured) but famously missed out on bidding for a Macau licence at the time of market liberalisation at the start of the current century.

Macau’s Court of Final Appeal announced on Monday sentences in relation to a total of nine cases concerning debt claims involving junket operators based at local casinos. In all the cases, the... END_OF_DOCUMENT_TOKEN_TO_BE_REPLACED