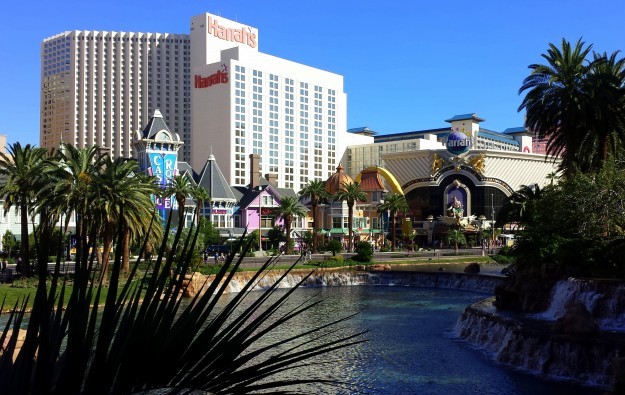 U.S.-based casino group Caesars Entertainment Corp said on Monday it expects its main operating unit to exit bankruptcy this week, as part of a process that would create a new company structure. Caesars Entertainment Operating Co Inc – also known as CEOC – runs some of the brand’s most famous and biggest money-generating venues, including Caesars Palace in Las Vegas (pictured).

“Caesars Entertainment has now received approvals from all necessary gaming authorities related to the restructuring of CEOC and its emergence from bankruptcy, as well as approval of the stockholders of both the company and Caesars Acquisition Co for the merger,” the casino operator said in Monday’s press release.

“Caesars Entertainment and CEOC continue to work toward finalising certain financing activities and other transactions related to CEOC’s restructuring, and they anticipate being in position to complete the merger and restructuring of CEOC by Friday, October 6, 2017,” added the firm.

Caesars Entertainment had said in July that most of its shareholders voted in favour of the merger with Caesars Acquisition.

The brand as a whole had struggled since a US$30-billion leveraged buyout, led by private equity firms Apollo Global Management LLC and TPG Capital Management LLP, in 2008.

Caesars Acquisition was spun off from the parent in November 2013 as part of debt restructuring for the operating company, which went into a protective form of bankruptcy in January 2015, with debt of US$18.4 billion. It was part of a plan to cut group debt by approximately US$10 billion.

As part of the reorganisation plan, Caesars Entertainment will now merge with Caesars Acquisition.

The merger and the restructuring are still subject to certain financing and real estate transactions, various internal and third party transfers and other closing conditions, Caesars Entertainment said in its Monday statement.

It is likely that Macau will shortly have a third round of citywide centre-based Covid-19 testing in little more than a week, after the results so far of a second mass test – that was due to finish... END_OF_DOCUMENT_TOKEN_TO_BE_REPLACED