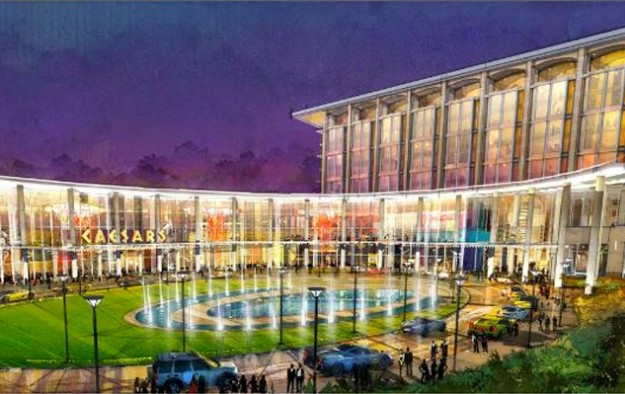 Caesars Entertainment Corp confirmed it has applied to build Caesars New York, a US$880 million casino resort it wants to develop in Woodbury, upstate New York. A subsidiary of Caesars applied for a gaming licence in the state on Monday, it said in a statement.

Caesars has long coveted a casino operation in Asia. It tried to parlay a Macau golf course into a casino project, but in August last year sold the 70-hectare (175-acre) Caesars Golf Macau to local investors for US$438 million, only 24 percent below the US$577 million U.S.-based Caesars (then known as Harrah’s) paid for it in 2007.

The New York Gaming Commission received 17 applications for the upstate New York project on Monday, the deadline for bids, for a total of four gaming licences. Among the operators vying for a licence is Genting Malaysia Bhd.

A total of eight bids have been proposed for the Catskill Mountains-Orange County area, about 50 miles (80 kilometres) from New York City.

New York became the largest U.S. state to allow Las Vegas-style casinos when voters approved a constitutional amendment in November. The gaming commission said it would pick winners before year-end.

“We have a tremendous opportunity to bring the Caesars brand to New York State and create a world-class entertainment facility,” Caesars chief executive Gary Loveman said in the statement.

The resort, which could open two years after receiving permits and approvals, would have 300 luxury hotel rooms, suites and villas, 2,560 slot machines and 190 table games. It would also feature a World Series of Poker-branded card room and restaurants by Gordon Ramsay and Nobu Matsuhisa.

The Caesars New York bid follows an announcement last week that the company would close its Showboat property in Atlantic City on August 31 amid falling revenue and increased competition.

Genting wants to build a casino resort in Tuxedo, in Orange County, New York. It has proposed a multi-million four-season resort, to be called Sterling Forest Resort. Nearby Woodbury Commons is one of the main retail outlet centres in the U.S., attracting wealthy consumers from overseas, especially from Asia.

Macau’s health authorities said on Sunday that they would require all people wishing to enter the city’s casinos not only to have their body temperature measured and to display a... END_OF_DOCUMENT_TOKEN_TO_BE_REPLACED