Caesars to buy U.S. casino operator Centaur for US$1.7 bln 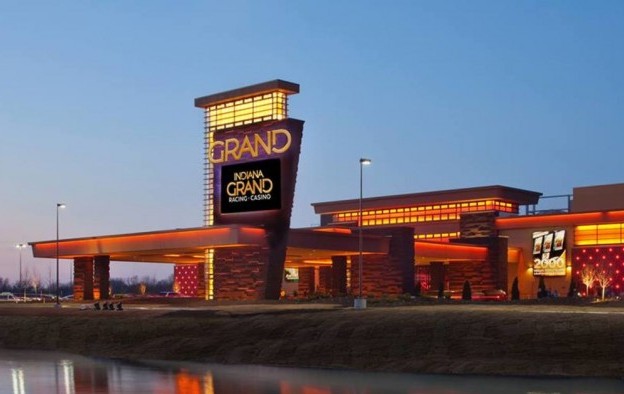 U.S.-based casino operator Caesars Entertainment Corp said on Thursday it would buy privately-owned U.S. casino and horse racing company Centaur Holdings LLC for US$1.7 billion in cash, including US$1.63 billion at the closing of the deal and US$75 million in the form of deferred consideration.

The newly-announced deal would add to Nevada-based Caesars Entertainment’s portfolio in Indiana, where the company already owns two of the U.S. state’s 13 casinos – the Horseshoe Hammond and the Horseshoe Southern Indiana. Caesars Entertainment will acquire the Hoosier Park Racing and Casino and Indiana Grand Racing and Casino (pictured) properties. The venues contain in aggregate more than 2,000 slot machines and table games, as well as horse racing tracks.

Indianapolis-based Centaur has more than 6.5 million guests each year across its properties and serves more than 1.1 million members as part of its loyalty programme, Caesars Entertainment said in its release.

“The addition of Centaur is the first example of our post-emergence, inorganic growth strategy,” said Mark Frissora, Caesars Entertainment’s president and chief executive, in a prepared statement. “The acquisition of Centaur represents an excellent opportunity to enter into a growing region,” he added.

The transaction would require approval from, respectively, Indiana’s gaming and horse racing commissions. Centaur said it expects officially to close the deal in the first half of 2018, provided it receives regulatory go-ahead.

“We believe the acquisition of Centaur is the best use of capital to support our growth plans and the long-term value of Caesars Entertainment,” said Mr Frissora in Thursday’s release.

“Our network expansion plan is off to a great start with this strategic transaction and we continue to have a strong financial position with solid cash flows to pursue other expansion opportunities with attractive returns,” he added.

Mr Frissora said in October – following the CEOC bankruptcy exit – that the group would enter a new phase of expansion. The casino group had said that the restructuring will enable it to invest US$2 billion in future growth, in Las Vegas and elsewhere.

Caesars Entertainment also aspires to bid for a Japan casino licence and is currently preparing for construction of a foreigner-only casino resort – with a local partner – in Incheon, South Korea.

Most of Macau’s casino operators are likely to generate positive free cash flow in the first quarter, given the robust recovery level of mass-market gross gaming revenue (GGR) in January, relative... END_OF_DOCUMENT_TOKEN_TO_BE_REPLACED